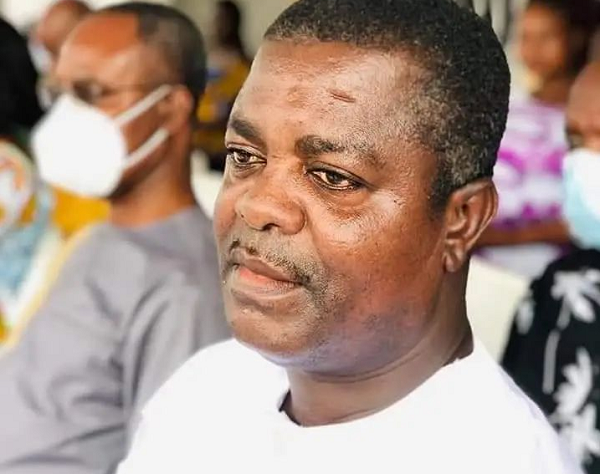 Newly elected polling station executives of the Ejisu Constituency of the New Patriotic Party (NPP) are demanding the removal of the Municipal Chief Executive for Ejisu, Samuel Oduro Frimpong.

They have accused the MCE of undermining the work of the Regional and Constituency Elections Committee that supervised the just ended polling stations executive elections.

But the MCE, when contacted, denied all the allegations and said “I did not do anything wrong.”

Responding to issues during his radio interview, Mr Frimpong said he was asked a direct question if he had ever organised an election before while serving as a chairman of the constituency “and I said no.”

Addressing the media after a peaceful demonstration, a member of the polling station executives, Mr Kwabena Boateng said “the MCE who is supposed to be the unifier of the party is abusing his office as an MCE by going to public platforms to make certain comments that are derogatory.

He wondered the basis of the claims of the MCE that the elections were conducted in the night.

Accordingly, the members asked the President to terminate his appointment as he was working against the interests of the party in the municipality.

The aggrieved members of the party accused Mr Frimpong of working against the sitting Member of Parliament of the area, Dr John Ampontuah Kumah, to create disaffection for him among party members to pave way for his brother, the current Managing Director of Electricity Company of Ghana (ECG), Mr Kwame Agyeman-Budu, who they claimed has declared his intention to contest the MP in the upcoming primaries.

He explained that the polling stations executives had no problem with Agyeman-Budu joining the race to contest the MP but wondered why the MCE had to use his office as a platform for him.

In his respose in an interview with the Daily Graphic, Mr Frimpong said while the committee sold more than 4,000 forms to aspirants to contest for the various polling stations executive positions, less than 1000 of them knew about the voting.

According to the MCE, it was based on this that the disenfranchised members of the party petitioned the party hierarchy and called for a new election at Ejisu.