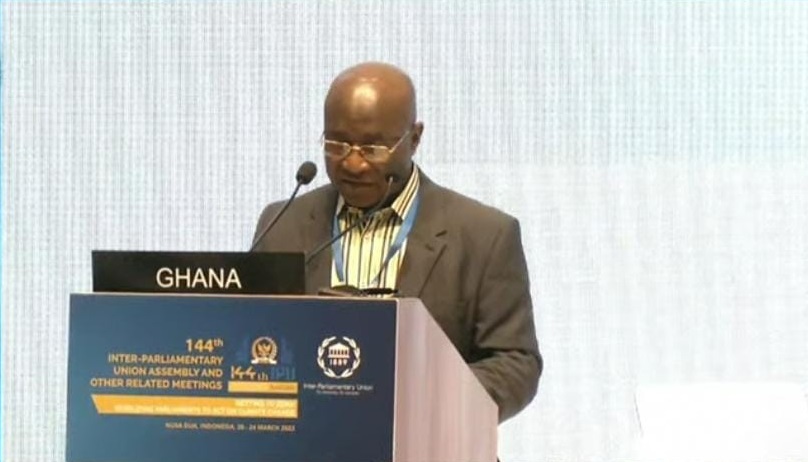 The Minister of Parliamentary Affairs and Majority Leader, Osei Kyei-Mensah-Bonsu has addressed the 144th Inter-Parliamentary Union (IPU) Assembly in Indonesia and stressed the role parliamentarians can play as various legislative arms across the globe, in helping to curb the canker of climate change through implementing viable solutions and far-reaching measures.

The IPU is cross-border cooperation of parliaments and the second-largest democratic forum in the world after the United Nations.

Chaired by its President Saber Hossain Chowdhury, the 144th meeting was held in Bali, Indonesia from March 20 to 24, 2022. 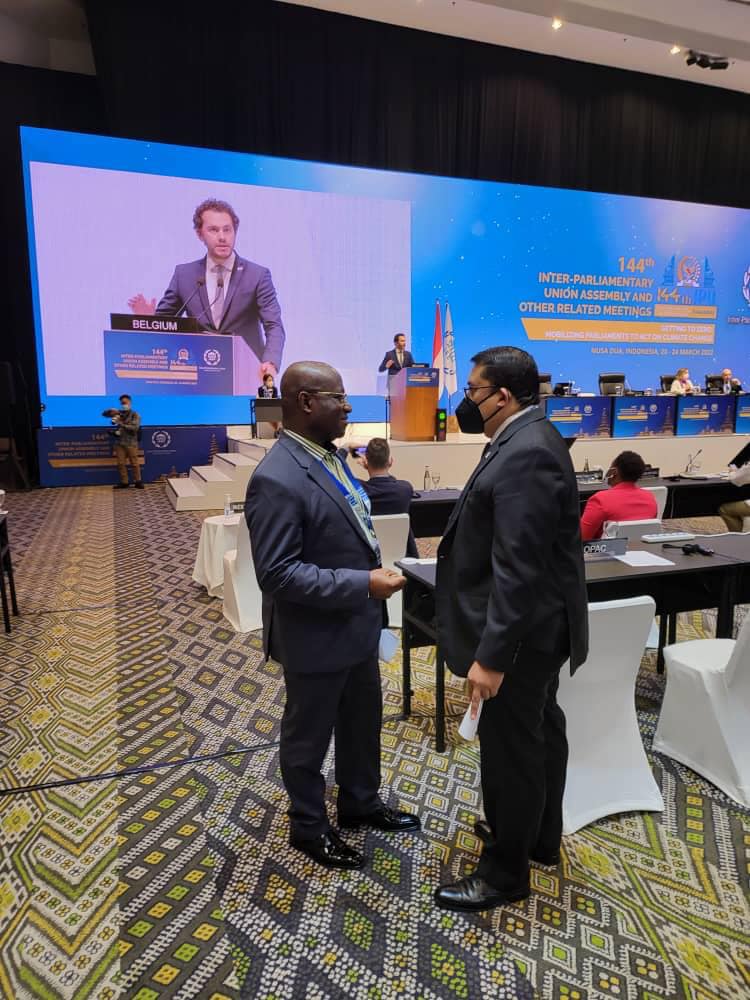 As the leader of the delegation, Mr Kyei-Mensah-Bonsu's statement centered on the Assembly’s theme - “Getting Zero: Mobilising Parliaments to act on Climate Change.”

He touched on the existential threat posed by the menace of Climate Change to the lives of people and the environment in general and further suggested the role MPs can play as various legislative arms across the globe in curbing this canker through implementing viable solutions and far reaching measures.

Participating, were a total of 173 member states and 11 other associate members.