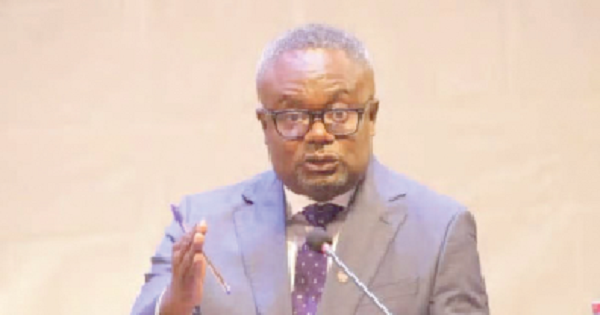 Two political parties have stressed the need for Members of Parliament (MPs) to be educated on their privileges and immunity as key stakeholders in Ghana’s democracy.

According to the Liberal Party of Ghana (LPG) and All People’s Congress (APC), it appeared there was a clear misunderstanding of what constituted parliamentary immunity and when and how it was applied.

The leader of the LPG, Mr Percival Kofi Akpaloo and the founder of APC, Mr Hassan Ayariga stated these in separate interviews with the Daily Graphic in Accra yesterday, November 8, 2021.

The Ghana Police Service and Parliament have been embroiled in a misunderstanding over the release of the National Democratic Congress (NDC) MP for Madina, Mr Francis-Xavier Sosu following Mr Sosu’s failure to respond to the invitation of the police to assist in investigations into alleged breaches of the law by residents of Oyarifa, Ayi-Mensah and surrounding areas.

The Parliamentary Service has indicated that it took strong exception to the manner the police were seeking to apprehend the legislator.

It said although the immunity of MPs was not absolute, the legislator could not be hounded in a way that was unconstitutional and threatened the country’s democracy.

It also said it found it incomprehensible that the police administration failed to secure a certificate from the Speaker of the House before going ahead to attempt to effect the arrest of the MP.

Both the Majority and Minority in Parliament are divided over the issue.

The Majority Caucus says the speaker appears to be instituting new rules that seem to undermine the rule of law without any prior discussions with the leadership of the house while the Minority has accused their colleagues on the Majority side of deliberately ignoring the facts surrounding the attempted arrest of the MP.

Mr Akpaloo suggested that there was the need for the Supreme Court to interpret what those immunities and privileges meant in the Constitution to set the tone for the education of MPs.

He said it was important that the immunities of MPs were kept in the law which gave them some privileges in the discharge of their duties.

He said with education of MPs on what those privileges meant, when it could be applied and not be applied would help the country’s democracy to grow.

For his part, Mr Ayariga said having parliamentary immunity did not mean that one had the power to break the rules, regulations and laws of the country.

That, he said, justified why the MPs needed to be educated on parliamentary immunity as well as the processes guiding its usage.

He stressed the need for Parliament to bring in experts during the orientation of MPs to educate them on the issues that often caused embarrassment to Parliament and the whole nation.

Mr Ayariga also challenged the police to be up and doing in the discharge of their duties to avoid creating unnecessary tension in the country.

He cited, for instance, that in the Ayi-Mensah demonstration, there were police personnel to protect life and property.

He said if there was anything that threatened life and property, the police could have stopped it and not look on only to write to invite the leaders who applied for the permit for the demonstration.