An audio recording has emerged purportedly confirming and throwing light on the disagreement and wrangling among the seven commissioners of the Electoral Commission, which has culminated in the ongoing removal proceedings against Mrs Charlotte Osei as Chairperson.

In the leaked audio, which was secretly recorded, a copy of which Graphic Online has obtained, one of the female commissioners [name withheld] is heard telling a journalist in a conversation why Mrs Charlotte Osei, should not continue to be in charge of affairs at the commission and that she should be removed.

The leaked audio also suggests that the commissioners have been divided with four - Amadu Sulley, Georgina Opoku Amankwaa, the two deputy chairpersons, Ebenezer Aggrey Fynn and Pauline Adobea Dadzawa, commission members on one side against the chairperson, Mrs Charlotte Osei who enjoys support from two other commission members Rebecca Kabukie Adjalo and Hajia Sa-Adatu Maida.

The 16:32 minutes conversation between the journalist and the commissioner is basically on the criticisms of Mrs Osei’s leadership and allegations of procurement infractions and political party influences at the Commission.

It was the Editor-in-Chief of the New Crusading Guide newspaper, Abdul Malik Kweku Baako who first publicly hinted that an audio of that sort existed whilst contributing to the radio discussion programme, Newsfile on Joy News on Saturday, March 3, 2018.

In Mr Baako’s view, the member of the EC [name withheld] heard in the audio was going around clandestinely lying to journalists to win public sympathy in the ongoing removal proceedings at the Commission and that “there are too many big men these days lying, including women,” he said.

“You know there is a tape in circulation of a member of the EC, I’m not going into details, who is lying to a journalist about the $12 million cash that she claimed the NDC had brought to the EC and that the Deputy Minister of Information, well I shouldn’t have gone that far, cut the money to $6 million and sent the $6 million to another personality in the EC and they didn’t get some.”

Graphic Online has listened to the 16:32 minutes recording and below are excerpts

Commission Member: “As you know it’s been bad, we don’t want to muddy the waters because of elections, because it has its national and international interests and it should surpass everybody’s personal interest.

When she came because she is a woman we were supporting her…she has so much to hide.

I am not surprised because, Lauretta Lamptey [former CHRAJ Commissioner] is one of her best friends and she is going to go the same way as she [Lauretta] went.

Because it is NDC, I don’t want to be seen as you are exposing NDC as against NPP, we don’t want to do that. As members of the Commission, we committed to be neutral but I can tell you in confidence that she was given Gh¢250,000 to go and put up her office alone, not that building oo, just decorating her office. The [NDC] people, they themselves told me, it’s an open secret, anyway.

So she took the money, gave it to the consultant, that building, we don’t know. Up till now she should come and show us the letter that states that, the office was given to her, she can’t show us the letter and we say that we won’t move, because we think it is a security risk.

Then after that you go and sign a contract with somebody and give the person Ghc400,000 in addition to what you got which she thinks we don’t know, but we know…

Some strange electrified chairs which we don’t know what that is for and many other things, like a home, with kitchenette, So when the contractor said but your deputies and other commissioners, which washroom will they use, she said they can use what the juniors are using.

So I think at that point, the contractor knew that we wouldn’t take kindly to it so he started leaking some information out....

When [name withheld], according to sources also sensed that they are likely to lose, he took half of the money and went and gave …half $6 million and he took everything. 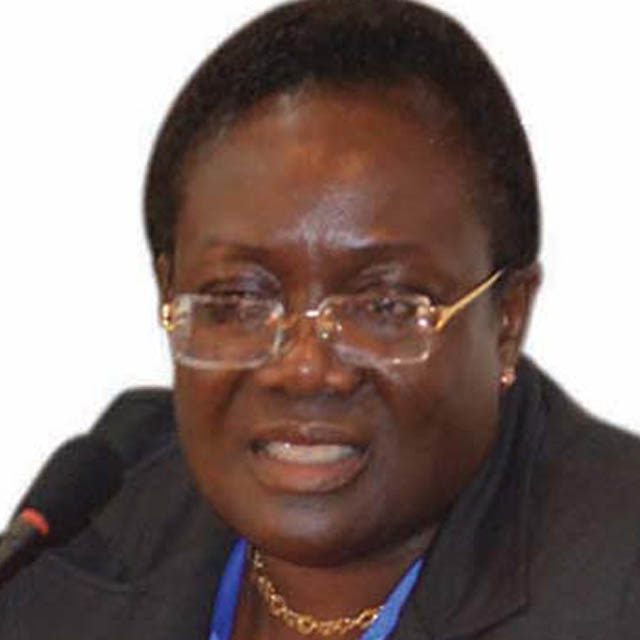 Me like this from the election time she doesn’t talk to me and I’m very eager not to talk to her. On the day of declaration, I was in the house when somebody called me and said madam come, some ‘huhu huhu’ is going on and we don’t know what is going on and if we are not careful, this country will go into flames. Because the NDC people know they have lost and we trying very hard for there to be a runoff, and I said who is trying hard and he said, madam come I don’t want to talk on the phone.

I didn’t even bath I wore my dress…then the person came, madam sit here, I beg don’t move, you are the only person who can deal with these people, those people are directors so they work below us because we employ them they owe allegiance to us.

I sat there and said if I want to go to the washroom I won’t go till the declaration. I was there one day, second day then I heard, Mac Manu was there and many other people.

So when she saw that the place had been besieged, she started feeling jittery, eh! We are not going to declare it now, we have to make sure every ballot is counted.

Meanwhile she was talking to John in between. John is my friend, John is more my friend than Akufo-Addo and I would have been more happier because of that, although I don’t particularly like NDC but because of John, if they had won, I wouldn’t mind at all and she knows John is also my friend.

Then she said we have to count everything and I said we don’t have to, when we get to a stage where whatever is left plus whatever the second person has got won’t make any difference we will declare.
Eh!, she said there is no law that is telling us to declare, and I said there is natural law, when the...

On John Mahama’s appointment of other commission members

…her alibi is that ….woman, can you even imagine that somebody whose father was a northern regional NDC chairman, … up till now its her home that they have NDC meetings, John hasn’t been wise at all and I’m waiting for the opportunity, I told him I want to come and see him next week and I will tell him all these things.

Me, if there is nobody I respect in this country, I respect Kufuor, you know why, for giving me that job I had just come from Sierra Leone, I didn’t know anybody, I knew nobody then, …I had a friend of mine. I was there 16 years and I had lost all the contacts, so [my friend said] meet me in the office, you bring your CV just in case.

The following day he called me that the President wanted to see me in connection with the CV, me I was thinking it was some small job in the corner.

The President told me the people that had applied for that job were more than 2,000 as of the time he was talking to me and he said one of the reasons why he was not going to give them that job was not because they are not competent, at that time I was 45 [years], he said some of them are even more experienced than me, [but] because you are not known in the political circle. Most of those people are known NPP people, or NDC people. ...if you are a referee, you may have your party allegiance but the perception should not be there. Once people don’t perceive you to belong to any group it helps, that’s how I got the job.

I sat by the machine and I got the results and what we had, it was about six or 16 left and I said nothing was gonna change, NPP had won, I told her and she said how did you know, and I said I know, It is not with any interest that I am saying it, I am saying it because that is what it is. The same way me and Afari Gyan did calculation 2012 and declared NDC, this time it is NPP, then she went to the bathroom. I just looked at her.

The [new] logo, we don’t want it, we are going for the old
….as for the monies from the NDC, I don’t want to incriminate the NDC, but you can say that people with goodwill have been wanting to thank the Electoral Commission for the work they’ve done but whenever she goes for the money, she chops it alone, that is a fact. And then

Let me tell you, the four of us, our ambition is to get her out in a month or two. Somebody is writing it. Look at Lauretta’s case. Somebody is going to write to the President for investigations, because she has flouted procurement laws, you can’t give a contract alone when it has not gone through the procurement process and even the contract has no witness. She thinks we are stupid, she will go.

So we had a meeting sometime back and I blasted her and when she was leaving, she went to ask the people when I am retiring … I want her to leave before me.