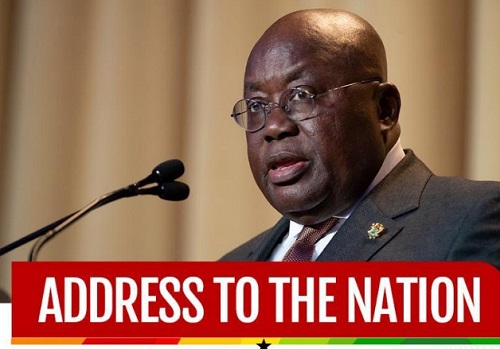 President Nana Addo Dankwa Akufo-Addo will deliver his seventh update on measures taken against the spread of the Coronavirus at 8 pm today (Sunday, April 19, 2020), the Presidency has confirmed.

A statement by the Director of Communications at the Presidency, Mr Eugene Arhin on his personal Facebook wall on Saturday said the address will be communicated in due course.

In an update today, Mr Arhin disclosed that the address will begin at 8 pm. 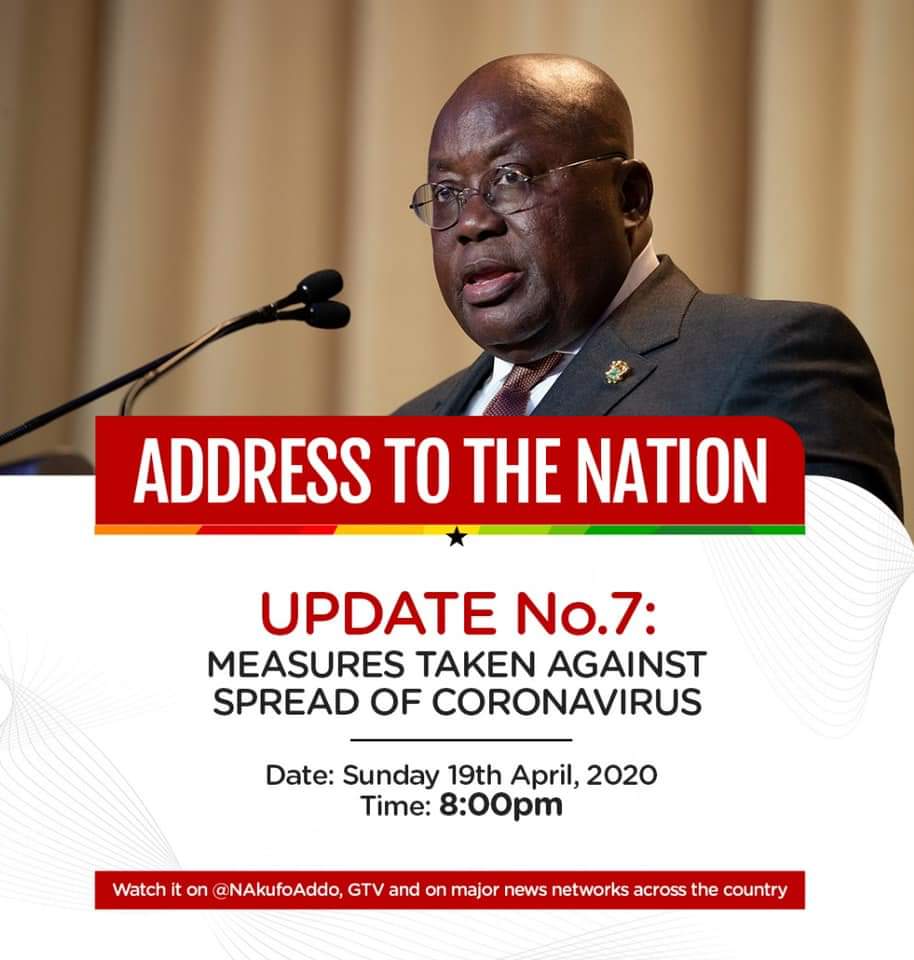 "Kindly take note - President Akufo-Addo will address the nation on Sunday, 19th April. The time for the address will be communicated in due course (on this page and on the President's social media pages)," Mr Arhin wrote in a Facebook post.

The last Presidential update on the Coronavirus was on April 9.

Mr Arhin has had to issue two denials to fake news reports regarding Coronavirus updates by the President over the past month.

The first denial was in regard to the location of an address on March 27. Some reports had indicated that that address was to be done from Parliament but Mr Arhin clarified that when the President decided to address the nation it will be done from the Jubilee House, the seat of the nation's Presidency.

He also discounted viral reports of a Presidential address on Friday.

The timing of the President's late-night Coronavirus updates has been the subject of public debate in recent weeks.

Weighing-in on the subject, a Deputy Minister of Information, Mr Pius Enam Hadzide, explained that the evening broadcasts are aimed at achieving a certain effect.

“The President’s schedule around this time, on this COVID, you have no idea. Sometimes, he is sitting in meetings until late and he’s able to interact with us," he said.

“Those broadcasts at the times they are broadcast also communicates in itself. It’s not like they were recorded days or hours before. So, it’s not a major problem,” he further stated.

When asked why a pre-recorded broadcast could not be shown earlier, Mr Hadzide had this to say: “If you ask me, the timing is just right. When my advice is sought, I will put it at a time which is not ordinary… [so] everybody will know that we are not in ordinary times. I think that doing it in the evening, nine o’clock thereabout is fine.”

“It’s not like they were recorded days or hours before. So, it’s not a major problem,” he further stated.

Ghana's coronavirus cases rose by 198 cases on April 18 to a total of 834 confirmed cases. The country has also recorded 99 recoveries and nine deaths.