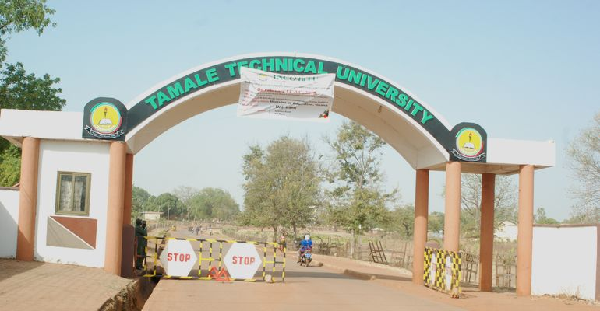 The 2019 Auditor-General’s Report has revealed that the Tamale Technical University (TaTu) paid a total amount of GH¢82,962.25 as Book and Research allowances for 11 officers who were on study leave abroad, in contravention with Section 82 (2) of the Public Financial Management Act, 2016 (Act 921).
30.5k Shares

The Tamale Technical University (TaTu) paid a total amount of GH¢82,962.25 as Book and Research allowances for 11 officers who were on study leave abroad, the 2019 Auditor-General’s Report has revealed.

This, according to the report, providing research allowance for staff on study leave is in contravention of Section 82 (2) of the Public Financial Management Act, 2016 (Act 921).

The Auditor-General (A-G) has therefore recommended that in the absence of a satisfactory justification for the payment, the research allowances paid should be refunded by the beneficiaries or the Vice-Chancellor and the Acting Director of Finance should be held accountable.

The A-G indicated further that an amount of GH¢46,537.62 was paid from 11 vouchers for works and services carried out without any certification or justification to show that the works had been properly carried out.

It thus recommended to management to recover the total amount of GH¢46,537.62 from the officers who authorised and approved the payment in the absence of proper certification and same paid back to chest.

The A-G in the report said management should ensure that all works done and all services rendered were properly certified before payments are made.

The 2019 report, signed by the Acting Auditor-General, Mr Johnson Akuamoah Asiedu, and covering the period of January 1, to December 31, 2019, is a consolidation of the significant findings and recommendations emanating from routine audits of the eight technical universities and two polytechnics in Ghana.

Still on the Tamale Technical University, the Auditor-General recommended that the management should expeditiously constitute a Board of Survey to facilitate the disposal of expired drugs in the university’s clinic.

According to the report, a stockpile of expired drugs dating as far back as 2018 are still stored on the shelves of the pharmacy store of the university’s clinic.

The report further recommended for the management to institute a proper store management controls to rid the shelves of all expired drugs and to detect those that are nearing the end of their shelve lives or drugs to prevent them from being served out to patients.

The university is also to train the pharmacy attendants to build their capacity in order to ensure proper storage of drugs to enhance their potency.