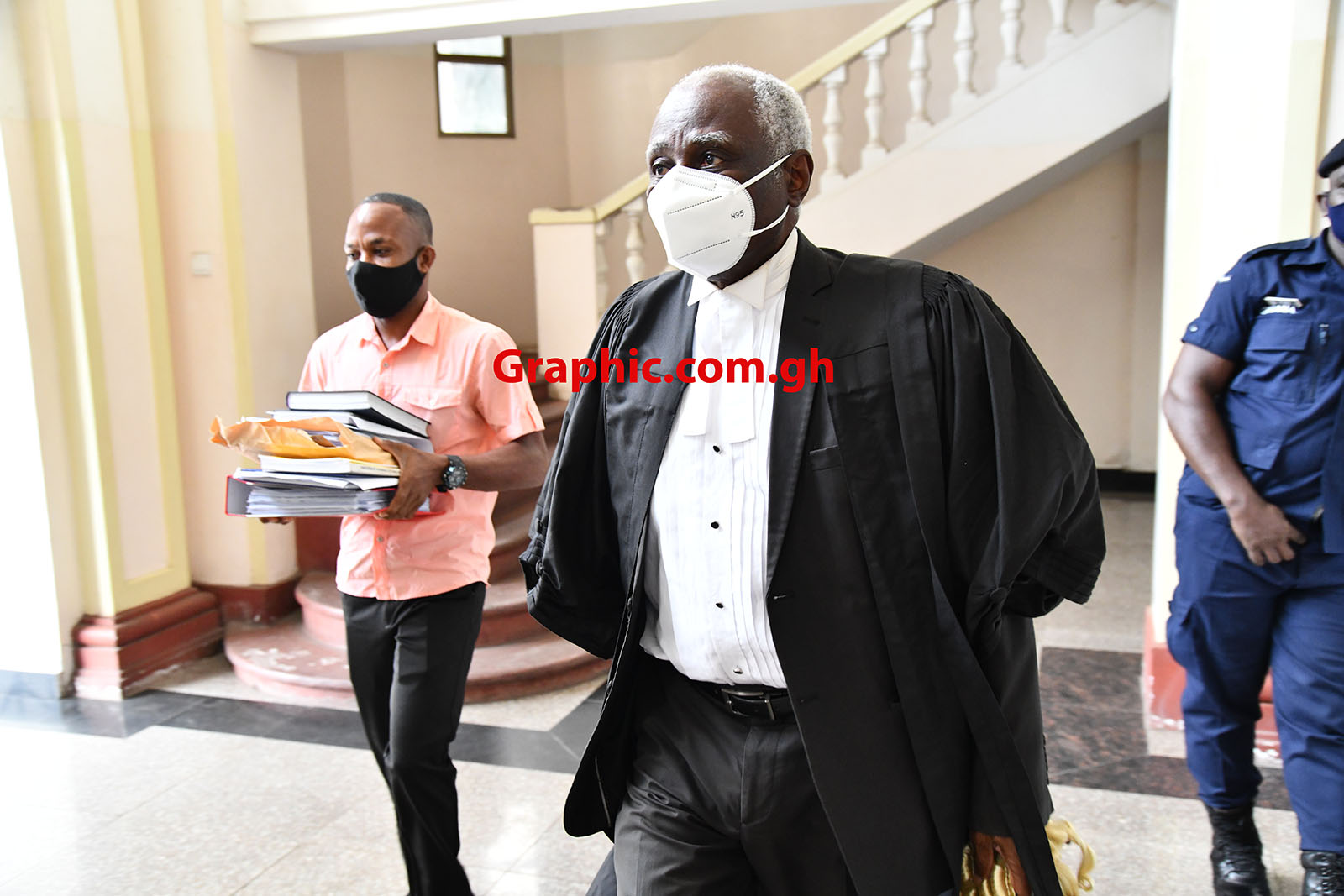 The Supreme Court has thrown out a review application that sought to overturn the court’s decision that permitted the Electoral Commission (EC) to gazette John Peter Amewu as the Member of Parliament-elect for Hohoe Constituency in the Volta Region.

According to the seven-member review panel, presided over by Justice Yaw Appau, “the review application fails.”

He added that the ruling of the court would be made available later Tuesday [March 30, 2021].

Mr Tsatsu Tsikata, who represented the residents of Santrokofi, Akpafu, Likpe and Lolobi (SALL), in his review application at the last sitting, contended that the apex court of the land fundamentally erred when it quashed the decision of the Ho High Court, which granted an injunction to the residents of the areas in dispute.

He contended that the Court breached the fundamental human rights of the residents when it quashed an order by the Ho High Court which had placed injunction on the EC from presenting Mr Amewu as MP-elect for Hohoe.

On January 5, 2021, a five member panel of the Supreme Court presided over by Mr Yaw Appau in a unanimous decision, held that the Ho High Court erred in granting the order since it did not have the jurisdiction to do so.

The Court held that while the Ho High Court’s decision was about election petition, the original case, which invoked the jurisdiction of the court was about human rights’ violations.

It noted that it was, therefore, strange the court orders were about Amewu’s election rather than the denial of the right of the people of SALL to vote.

It, therefore, annulled all the proceedings of the court’s sitting by Justice George Buadi, which granted the injunction freezing the gazetting of Mr Amewu.

The Ho High Court on December 23, 2020, granted an injunction aimed at prevented the EC from gazetting John Peter Amewu as the MP-elect.

The apex court also held that the order given by the court on December 23, 2021, as of January 5, 2020, was non-existent since the 10 days injunction granted by the court had elapsed.

“Our jurisdiction does not extend to the C.I. 128, guiding the conduct of the Electoral Commission. It is the EC who must correct the issue regarding the Buem constituency.

“Whether they [People of SALL] should vote at the Buem constituency is not the issue before us. It is a matter between the interested parties and the Electoral Commission.

“If the interested parties were denied the right to vote, what has that got to do with the gazetting of the Hohoe MP-elect? He is not an agent of EC neither did he perform any decision for the EC, so why should he be the point of discussion.

“If the contention of the SALL people is that Amewu was not duly elected because of infractions, that would have been different but that is not the case here,” Justice Appau said.

Among other things, the Attorney-General was also seeking a prohibition order to prevent the Ho High Court from hearing the substantive case of disfranchising the people of SALL.

But the Court tossed that up and gave Justice Buadi the right to continue hearing the rest of the case, which relates to the alleged human rights violations.

The State had made an application at the apex Court to fight an injunction placed on Amewu by the Ho High Court.

The injunction was granted after some residents of Santrokofi, Akpafu, Likpe, and Lolobi (SALL) argued that the Electoral Commission’s failure to allow them to vote in the just-ended parliamentary elections amounted to a breach of their rights.

The injunction secured by the residents was to prevent the EC from gazetting Mr Amewu as the winner of the Hohoe parliamentary polls.

According to them, the creation of the Oti Region coupled with a recent Supreme Court decision and failure of the EC to create a constituency for them meant they did not vote for a parliamentary candidate in the just-ended election.