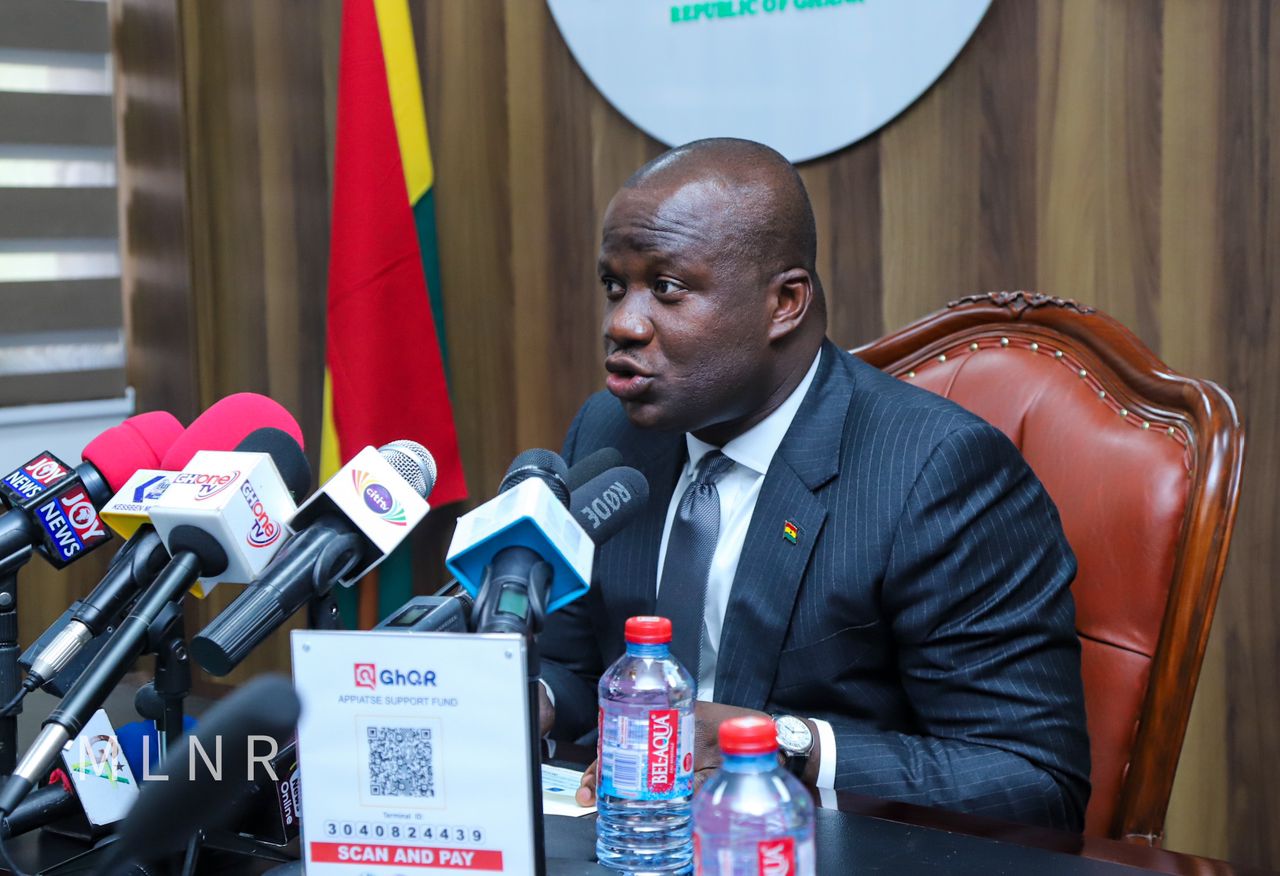 It has become “fashionable” these days that government acquired land is rather given back to pre-acquisition owners, such as families and chiefs in lieu of monetary compensation, the Minister of Lands and Natural Resources, Samuel Abu Jinapor has said.

This, he said was because of the quantum of money involved, when it comes to monetary compensation and volume of applications currently pending at the Ministry of Lands and Natural Resources.

“In fact, we are even having a lot of difficulties with monetary compensation because when you look at it, it is not sustainable and the volume of applications for compensation across the country, and the amount of money we are talking about, the Ghanaian treasury alone, we will need three or four times of all our money to pay all that compensation.”

“So in many cases, you want to find innovative ways of dealing with these matters without necessarily burdening the public exchequer,” the Minister said.

Mr Jinapor was speaking in a radio interview with Accra based Citi FM on Wednesday [May 18, 2022], monitored by Graphic Online.

Releasing land in lieu of monetary compensation is ‘fashionable’ these days – Jinapor on #AchimotaForest https://t.co/nyByCpz343 pic.twitter.com/3gihsXVBSK

He was responding to a question as to why the government opted to release some portions of the Achimota Forest in the southern periphery to the Owoo Family, instead of paying the compensation to leave the entire forest reserve untouched.

Portion of Achimota Forest handed over to Owoo Family no longer a forest reserve https://t.co/kAn7OsOWKS pic.twitter.com/ZIpBLJELQz

The Owoo Family, the pre-acquisition owners since 1927 that the land was acquired had not been compensated.

In 2007, they petitioned the then President John Agyekum Kufuor on the issue and it was agreed that portions of the land should be released to the family but that was not concluded.

In 2011, they again petitioned President John Evans Atta Mills and the then Sector Minister, Mike Hammah constituted a committee to look into it.

The question posed to the Minister Wednesday morning in the Citi FM interview was premised on the assumption that, per an estimated calculation, the portion in the southern periphery released to the Owoo Family is about 40 percent of the entire forest.

But responding, the Minister said he was not sure about the percentage being quoted by the interviewer, Bernard Avle of Citi FM and that he would have to crosscheck it.

He said the proposed 90 acres in 2007 for the Owoo Family was not concluded and “moved to 100 and something in 2011 or so and went up in 2013 and it is what it is today. He said there was a whole committee that sat on this matter and used time tested professional variables and formulas to compute these lands and it is the same form of compensation formula, the Land Valuation Division uses to compute compensation in the form of money or land to be released to families.”

He, however, maintained that the option the government was currently adopting was to offer land in lieu of compensation, which is an innovative way to deal with the volume of compensations, which have not been paid over the years and the pre-acquisition owners of the various lands across the country have applied for compensation.

On the Achimota Forest in specific, Mr Jinapor said officials of the Ministry, the Forestry Commission and others and a committee did “a very professional job [in 2013] when they surveyed and made recommendations which in their view are un-impeachable, that is how government business is run” and that portion was released to the Owoo Family in 2013.

He said he [Jinapor] sent a proposal to the Attorney-General and he reverted with a more understanding, and advised on the process on how to go about it.

He disagreed with a suggestion that it should have rather been done through a parliamentary approval instead of an Executive Instrument.

Portion of Achimota Forest handed over to Owoo Family no longer a forest reserve https://t.co/kAn7OsOWKS pic.twitter.com/VHExXneKZo

On the issue of the Eco-park initiated by the Mahama administration, Mr Jinapor said the Ministry of Lands and Natural Resources was currently not interested in the Eco-Park project and rather focusing on developing the forest by planting more trees to replace dead ones.

He said the Achimota Forest was currently degraded and that the government was rather helping to reforest it.

“The Achimota forest as it stands today, if you take a trip there, you will find that the forest is literarily degraded and what is left of it is the shrubs and neem trees here and there. It is President Akufo-Addo who has devoted money and this ministry which is gone around to look for money and began reforesting the Achimota forest,” he said.

He said the government is hoping to plant more trees in the coming years as part of a broader afforestation drive across the country.

“We’ve planted a good number of trees now and the intention is to plant a lot more trees in the Achimota forest moving forward so that it becomes a forest properly so-called which is fit for purpose so that it can be called a forest,” he said.