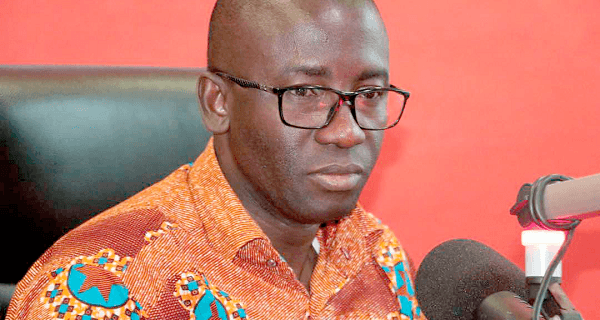 The nominees are Abdul-Mumin Issah, Barima Awuah Sarpong Asiedu-Larbi and Clement Opoku Gyamfi who have been nominated for the Sekondi-Takoradi Metropolitan Assembly, Akwapim North Municipal Assembly and the Amansie South District Assembly respectively.

A statement signed by the sector Minister, Hajia Alima Mahama dated August 6, 2020 said the nomination was in accordance with Article 243 (1) of the 1992 Constitution and section 20 (1) of the Local Governance Act, Act 936.

"In view of the above, the Hon. Regional Ministers for Western, Eastern and Ashanti Regions are requested to liaise with the Regional Electoral Commission to conduct the confirmation process of the nominated Chief Executives," the statement said.

If confirmed Mr Gyamfi will replace Mr William Asante Bediako as DCE for the Amansie South District in the Ashanti Region. It will be recalled that Mr Bediako was in the news recently for defending operations of illegal miners within his district.

In a viral video (below), Mr Bediako is heard touting the benefits the district had derived from illegal mining.

Meanhwhile, Abdul Mumin Issah will replace Anthony K.K. Sam, the late mayor of Sekondi-Takoradi, if his nomination is confirmed. The late K.K. Sam died of COVID-19 at the University of Ghana Medical Centre (UGMC) on Friday, June 12, 2020.