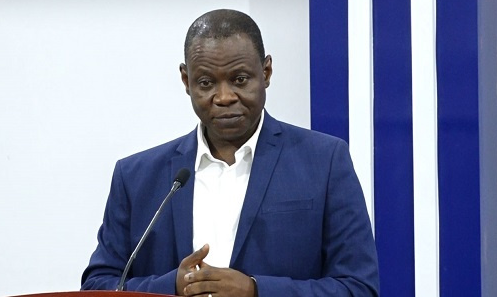 The Director-General of the Ghana Health Service, Dr Patrick Kuma-Aboagye, has stated that the country has a good health system that is able to detect and contain the spread of viral and communicable diseases and infections.

Additionally, he said the country had a disease response system that operated at all levels from the community to the topmost echelon of the healthcare system.

In an interview with journalists, Dr Kuma-Aboagye explained that at the community level, there were volunteers that reported to the health service any unusual disease, symptoms and deaths.

He said health personnel across the country had been trained on how to handle viral diseases and what to do when they were faced with such infections.

"The country's main approach is to identify, detect and contain at source so that the infections do not spread anywhere, and all our systems, hospitals, volunteers, surveillance system and labs have been responding appropriately to that.

“So, somehow, our system is sensitive and can pick and minimise the burden and we've trained volunteers in the region using very basic alerts to prompt us on anything," he said in an interview that bordered on the country’s preparedness to deal with some of the emerging pandemics aside from COVID-19.

Apart from the efforts in containing communicable and viral infections, Dr Kuma-Aboagye said the country was gaining support from international organisations and development partners to ensure the safety of the country’s public health system.

Dr Kuma-Aboagye added that the country had three confirmed cases of the Marburg disease with one death recorded.

He revealed that there was no treatment for the disease and there was also no vaccine so the best the doctors could do was to treat the symptoms but was quick to add that some groups do recover from the disease.

Patients who get infected with the disease will have to be isolated.

The D-G also revealed that the country had so far diagnosed 39 cases of monkey pox.

He revealed that one person who had the disease had died but they could not confirm if it was monkey pox that killed him, adding that they needed to verify the real cause of the death before drawing any conclusions.

"We won't say that monkey pox was the cause of death till we are done with all our investigations including autopsy to see what the possible cause of death was,” he said.

On the issue of COVID-19, Dr Kuma-Aboagye said the country had made significant progress in vaccinating about 19 million people.

He, however, stated that the uptake of the vaccine had slowed down but was hopeful that it would pick up when the campaign to vaccinate started.