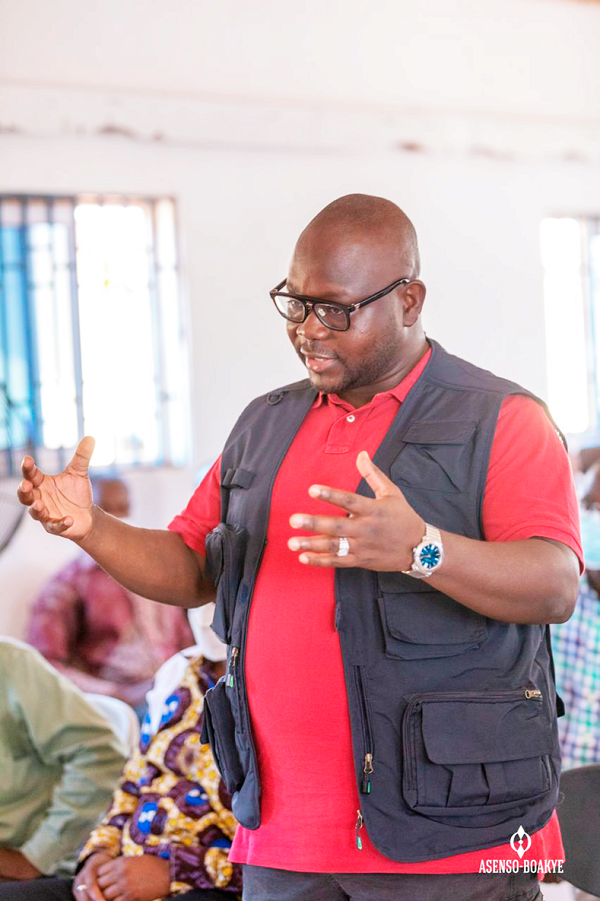 The government has not shut its eyes to the threat posed by tidal waves to coastal communities, the Minister of Works and Housing, Mr Francis Asenso-Boakye, has said.

He said the protection of those communities was high on the government's agenda and that very soon, the government would secure the needed funds to complete coastal protection works on sections of the country’s 550km coastal stretch that remained at risk of the tidal waves.

Mr Asenso-Boakye gave the assurance when he addressed the media after touring some coastal communities recently affected by tidal waves in the Ada West and East districts in the Greater Accra Region yesterday.

In the Ada East District, two out of the 36 islands, Kewunor and Azizanya, were recently pummelled by tidal waves while in the Ada West District, 10 buildings in Akplabanya and 15 buildings at Anyamam were destroyed displacing more than 500 residents.

He said very soon, work would commence on the second phase of the Blekusu-Adina Sea Defence Project in the Volta Region, another heavily affected area, to protect the area against future tidal attacks.

He said $80 million was needed for the second phase of the eight-kilometre Blekusu sea defence wall.

Mr Asenso-Boakye called for a stop to the politicisation of the issue of tidal waves and its devastating effects on the lives of the country’s coastal dwellers, saying the issue was a national problem which should be devoid of politicisation.

At the palace of the Paramount Chief of Ada, Nene Abram Kabu Akuaku III, the spokesperson for the traditional council, Nene Agudey Obichere, said about four miles of land at Ada Foah had been swallowed by the sea.

He said communities such as Akplabanya, Anyamam and their environs had been seriously impacted, stressing that if care was not taken, the sea water could flow into the adjoining rivers that supported the salt mining industry.

The Chief Executive of the Ada West District Assembly, Mr Sampson Tetteh Kpankpah, said the huge waves and giant tides that hit Akplabanya two weeks ago had eroded about 50 metres of coastline and damaged a number of structures.

The Chief Executive of the Ada East District Assembly, Ms Sarah Dugbakie Pobee, said efforts were underway to relocate about 1,500 affected residents of Kewunor and Azizanya islands to Ayigbo to restore them to normal livelihoods.