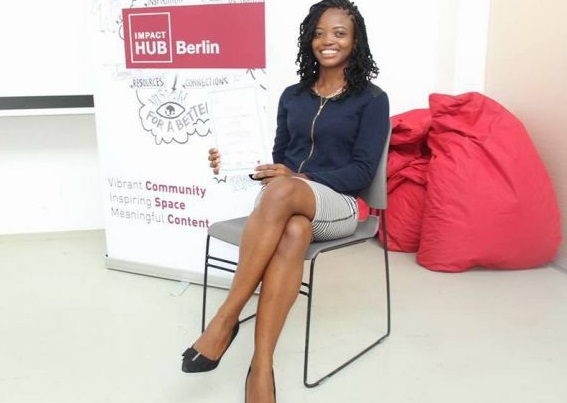 A Ghanaian entrepreneur Miss Ivy Barley, 26, has created a new mode of training females in science, technology, engineering and mathematics (STEM). The approach is aimed at narrowing the gender inequality gap in the study of STEM.

Miss Barley, who is the founder of Developers in Vogue (DIV), a non-governmental organisation made the front pages of some German newspapers with her initiative some months ago, having won the prestigious ‘E skills for Girls competition’ award in Berlin, Germany.

In an interview with the Daily Graphic in Accra last Friday, she said “as a woman in technology, I have always been passionate about empowering women to venture into science, technology, engineering and Mathematics as this led me to volunteer to enter into an all-girls Science Academy last year.”

She said the Academy taught women how to code using Hyper Text Markup Language (HTML), Cascading Style Sheets (CSS) and Python which were computer based mechanisms.

She observed that it took more than having a brilliant idea become a successful entrepreneur. People needed to build their capacities to be able to execute whatever brilliant idea they had, she added.

“Our vision is to shape a world where more African women will be daring enough to lead in STEM fields. We aim at creating a relevant community of highly skilled female developers who would use technology to revolutionise Africa and beyond,” Miss Barley said.

She said in narrowing the gender gap with regards to technology, her company aimed to have more women working in that sector.

She pointed out that scholarships would be offered to females in deprived communities.

“In the next few months, we would be scaling up our work to make it more accessible to women in underserved communities.” she said.

The DIV was established in February 2017. In April this year, Miss Barley won the “e-skills4girls challenge” in Berlin where she competed with teams from Ukraine, Philippines and Brazil.

As the overall winner in the competition, she was awarded €15,000, a mentorship programme from google and support from Impact Hub.

Miss Barley has also received $1000 for mentoring other female youths and has called on corporate institutions to form partnerships to train female students.

Through her NGO, she has created avenue for young people to become self-employed.

In addition to other achievements, she won the Ghana Youth Social Entrepreneurship Competition organised by the Ghana Think Foundation and Digital Opportunity Trust.

That aside, she was also the first runner up in the ‘Future Africa Demo Day’ which took place during the celebrations of the International Women's Day a couple of weeks ago.

She was selected to be part of the ‘Growing Business together Academy’ of the Netherlands Embassy in Ghana and ‘Ready to Work Incubation Programme’ of the British Council, Ghana.

Miss Barley has been featured in the German media, the BBC Africa and the Business and Financial Times for her revolution to create a better society for females.