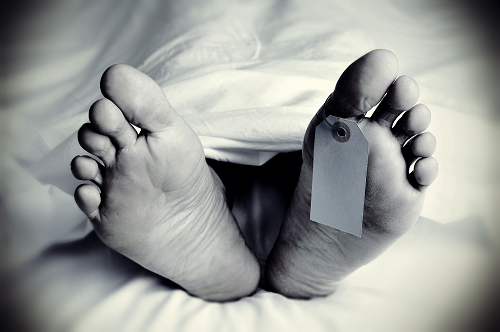 A woman, aged about 70, and her grandchild were last Saturday night knocked down and killed by a speeding vehicle between Ngleshie Amanfro in the Ga South Municipality and Kasoa in the Awutu Senya East Municipality in the Central Region.

They were knocked down around 8 p.m. by a speeding Benz Sprinter bus, with registration number GT 5994-17.
Enraged family members vandalised the vehicle, while the driver was rescued by bystanders when the family members pounced on him.

The driver was still in the custody of the Amanfro District Police Command at the time of filing the report yesterday.

According to eyewitnesses, the woman — who was carrying her grandson of about three years on her back — had alighted from a vehicle travelling from Mankessim to Accra and was crossing the road when she was knocked down together with the child.

A son of the deceased, Mr Abdulai Mohammed, said he had a call that one elderly person from the family had been knocked down near the Pink FM area.

“The caller said the woman had a baby at her back, and that both of them had been killed. On hearing that I ran with some other family members to the scene, only to find that the elderly woman was our mother,” he said.

He explained that her mother had left for Mankessim the previous Saturday and was returning when she was knocked down.

He said the accident was not the first in the area, and called for the construction of a speed hump or a footbridge for pedestrians to use.

Another eyewitness, Ms Fati Saeed, said the absence of street lights in the area was a problem, while Mr Ibrahim Mohammed said speed humps were needed to slow down speeding vehicles as they descended the Kasoa flyover.