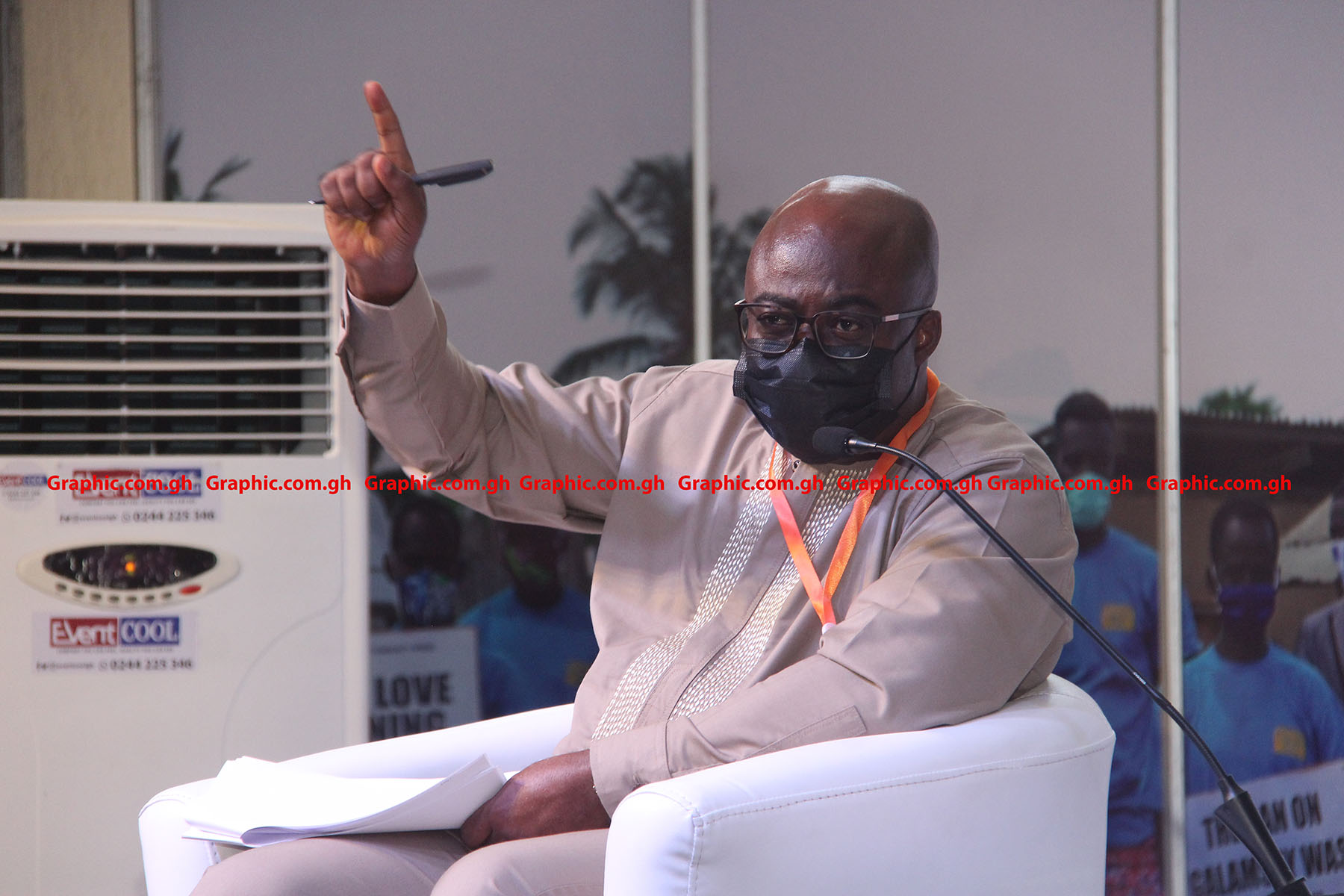 The European Union is threatening to stop the purchase of cocoa from Ghana because of deforestation and child labour.

The Deputy Chief Executive Officer of the Ghana Cocoa Board in charge of Agronomy and Quality Control, Dr Emmanuel A. Dwomoh, said the EU had attributed the problem to cocoa farming, which unfortunately was not the case but illegal mining or galamsey.

The EU, which purchases about 80 percent of cocoa from Ghana, had indicated places which hitherto were covered with forest in the 70s and 80s but had been depleted.

Dr Dwomoh made this known Thursday, April 15, 2021 when he presented a paper title "Illegal Mining in Cocoa Areas -The Position of Ghana Cocobod” at the National Consultative Dialogue on Small Scale Mining in Accra.

"Now they are threatening to sanction or pass a legislation that is going to prevent the EU from buying cocoa from Ghana. But we are engaging them," he said.

“The EU position is that they are talking about child labour and deforestation and you see one key thing about deforestation is that in the 70s and 80s, if you take Amansie West for instance, the place was full of cocoa. Cocoa is always cultivated with economic trees so that economic trees are on the top of the canopies followed by cocoa itself and the under growth is always plantain, cocoyams and things like that.

On what needed to be done to address the problem of illegal mining, Dr Dwomoh, among other things, called for the development of policies that prohibited mining in cocoa farms.

“Where mining is inevitable on any cocoa farm, the miner should pay compensation according to Cocoabod recommended projected revenue formula. This formula includes the cost of destruction of properties,” he said, saying that there should be “no issuance of license or lease for mining in cocoa farm lands until public farum is organized which must be done at a centralized area in communities where a lot of the inhabitants can attend for their consent concurrence”

Again, Dr Dwomoh said no concession area (topo sheet) should be issued to companies from Accra without public forum in a cocoa community and that the Minerals Commission should do land truthing before issuance of license.

Dr Dwomoh who said the government and Cocoabod had secured over $200 million to rehabilitate cocoa swollen shoot virus disease affected farms in cocoa growing areas, said there was the need for the country to find ways of handling the issue of illegal mining or galamsey which was causing so much destruction, resulting in the EU, which purchased a chunk of its cocoa, to issue threats.

In the Western Region for instance, over 5,040.70 hectares of land has been affected by galamsey activities. The number of communities is 502, 8,557 farmlands with 5,702 farmers affected.

Also in the Ashanti and Eastern regions, a total of, 11,508.51 hectares of land have been affected by galamsey activities. The communities affected in the two regions are 1,004 , 12,833 farms and 9,093 farmers affected by the illegal activities.

Throwing more light on whether the quality of cocoa bean was another factor as a result of the chemicals used by illegal miners, he said “no, we have not had any report from anybody about that”.

Cocoabod, he told the media, was virtually doing everything for the farmer, adding that “right from the word go we provide the farmers with agriculture extension officers who educate them on good agricultural practices”

Again, he Cocoabod was providing the farmer with disease controlled products, insecticide for the control of insect pest that attacked cocoa as well as fertilisers for cocoa farmers.

He said cocoa was the main stay of the country’s economy generating morethan $2 billion in foreign exchange annually and was a major contributor to government revenue and Gross Domestic Product.

Apart from the over two million families engaged in cocoa production in the country, over 200,000 other individuals were engaged in either trade, transportation or processing of cocoa.

“Cocoa is a strong pillar in stabilizing the Cedi unlike other minerals which have high capital flight. Cocoa helps in the restoration of the forest in the middle belt because of the nature of its cultivation,” he said.