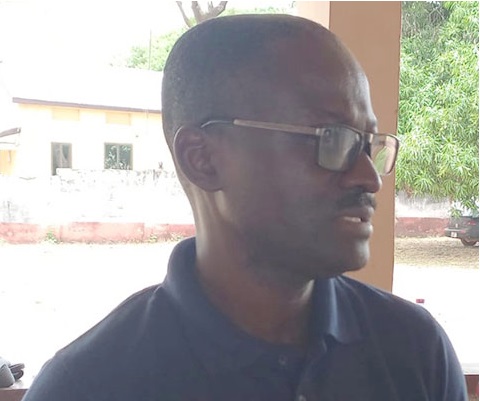 The Ghana Water Company Limited (GWCL) has called on the Northern Regional Security Council (REGSEC) to as a matter of urgency take steps to halt sand winning activities around the Nawuni River, the only source of water which serves the people of Tamale and its environs.

According to the GWCL, it may be forced to shut down its water treatment plant at Dalun in the Kumbungu District if the sand-winning activities around the river was not stopped in the coming days.

It is not the first time the GWCL has threatened to shut down the plant due to the impact of sand winning in the river. It gave that warning in 2018 as well as in April 2019.

The water treatment plant at Dalun serves people in the Tamale Metropolis, the Savelugu Municipality, Nanton, Kumbungu and Tolon districts.

The Northern Regional Production Manager of GWCL, Nicholas Okyere, who made the call, said the company had exhausted all available means to get the sand winners permanently out of the river.

He made the call at an event to commemorate World Water Day in Tamale last Tuesday on the theme “Ground Water; Making the Invisible Visible.”

World Water Day is an annual United Nations observance day held on March 22 to highlight the importance of fresh water and raise awareness of the 2.2 billion people living without access to safe water.

The event brought together various stakeholders in the water sector to deliberate on how to ensure water security in the metropolis as part of efforts to achieve the Sustainable Development Goal Six, which seeks to ensure water and sanitation for all by 2030.

The river, which serves the people of Tamale and its environs, is under serious threat from the activities of sand winners.

The depth of the river has reduced drastically due to siltation, which has undermined its water holding capacity.

The water intake level as of February was 2.3ft, but the level increased to 4.60ft on March 14, 2022, following a downpour. The minimum operation level is 2ft while its maximum level is 36ft.

A section of the Dalun Water Treatment Plant

The GWCL would have shut down water supply to the metropolis due to the low intake of water if there had not been a downpour upstream in the past few days.

According to the GWCL, the turbidity level of the river currently stands at 192 Nephelometric Turbidity Units (NTU), which is beyond the required standard of between zero and five NTU, a situation which requires the use of more chemicals to treat the water.

As a result of the high turbidity levels, about 22 per cent of harvested water go waste at Nawuni, also in the Kumbungu District, during production instead of the required five per cent loss.

Addressing the gathering, Mr Okyere indicated that the activities of sand winners were impacting negatively on the quantity of water available for treatment and raw water quality.

He said the flow of the river had been obstructed by the building of dykes in the river with stones and wood to create channels for vehicles which were conveying the sand.

Mr Okyere called for concerted efforts to address the looming water crisis in the metropolis, saying that since ground water’s yield was not good and had poor quality in the area, it was important for all to protect the White Volta River, which is the only quality source of water.

For her part, the Head of Programmes of the Catholic Relief Services (CRS), Caroline Raes, said considering the socio-economic importance of the White Volta River, which is the only water source for the area, there was an urgent need to address the environmental issues along the river basin.

As part of efforts to address the challenge, she indicated that the CRS had made a commitment to support the government and its development partners to find an enduring solution to the water security issues through the implementation of a number of projects.

For his part, the Northern Regional Minister, Alhaji Shani Alhassan Shaibu, entreated all stakeholders to contribute towards ensuring the availability of safe and affordable drinking water for all by 2030.

He said: “We must collectively work together to protect and restore water-related ecosystems from deforestation and general environmental degradation.”