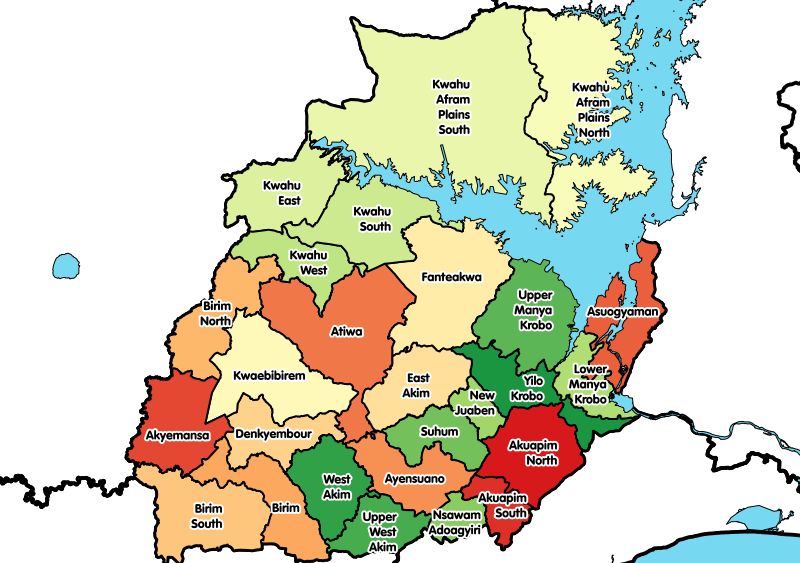 The Lower Manya Krobo Municipal Director of Education in the Eastern Region, Samuel Kwesi Tettey, has paid a familiarisation visit to basic and senior high schools with a call on teachers to live above reproach.

He said a teacher was classified by philosophers as ‘’closer to absolute’’, which meant teachers were closer to God by their training and must, therefore, live above reproach in handling their learners, especially the girl child.

Mr Tettey, who hitherto was the Human Resource Officer for the New Juaben North Municipal Education Directorate in Koforidua, was promoted by the Ghana Education Service (GES) to a Director of the Lower Manya Krobo Municipality two months ago.

"Teachers are perceived to be closer to absolute by philosophers and we are, therefore, supposed to be role models in our dressing, speech and moral lives among others if we still want to maintain our dignity,” he said.

‘’I will urge all teachers, including myself, to measure up to the status quo set by our predecessors but not to serve as the people who will rather lead the learners into the abyss.


When we see that we can’t do it the way it should be done, then we better stop the work,’’ the director stressed.

Mr Tettey noted that where some male teachers in particular saw their female students as ‘’meat’’ to satisfy their uncontrolled sexual appetites was ‘’something I will not be happy about since perpetrators of such acts will be made to face the full rigours of the law’’.

He said teachers should know better that the relationship between them and the pupils or students they taught could be likened to parental relationship, posing the question, ‘’Can you, the male teacher, comfortably and conveniently have an affair with your own child at home?

’’He said if the answer was no, then those teachers who were guilty of the offence should be ashamed and stop it as the consequences were dire.

He said just as some of the teachers went through the educational system the hard way but were able to sail through and were now breadwinners, when they gave their learners the needed conducive environment, some of them, if not all, would equally break through and be independent in future.

"It is in this regard that I pray that none of us sitting here today becomes an obstacle to any learner within this municipality in their quest to progress on the academic ladder at any level; rather, let us be the conduit or that tree by which they will climb up to unearth their God-given potential,’’ he stressed.

The municipal director said his vision for the directorate was to build a system that would either be the first or among the first, and pleaded with both the office staff and the teachers in the classrooms to support him in the interest of quality education delivery in the municipality in order to achieve his vision and mission.