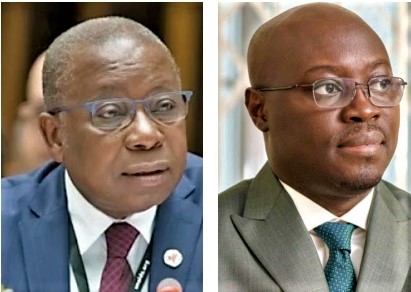 The timing for the payment of money covering the procurement of ambulances, which allegedly led to a financial loss to the state, became the focus of the trial in which a former Deputy Minister of Finance, Dr Cassiel Ato Forson, and two others are facing charges of financial loss.

However, Counsel for Dr Forson, Dr Abdul Basit Aziz Bamba, who was cross-examining the Health Minister challenged the testimony of the minister with a document authored by a Deputy Controller and Accountant General asking the Bank of Ghana to issue the letters of credit.

The Health Minister in his response explained that the said letter referenced the letter written by Dr Forson.

Dr Bamba further put to the Health Minister that the ministry approved the payments.

However, the minister in his response said he was not aware that his ministry under the National Democratic Congress (NDC) administration approved payments made to the ambulance supplier, Big Sea General Trading Limited.

Mr Manu also told the court that he was not aware that the Controller and Accountant-General asked the Bank of Ghana (BoG) to issue Letters of Credit which formed the basis of the payments.

Counsel: In this particular transaction, the BoG made a ipayment only after the requisite documents had been presented to the paying bank. Are you aware of that?

Minister: No, my Lord.

Counsel: I suggest to you that payments under the letters of credit were made upon the requisite documents being presented to the paying bank.

Minister: I am not aware.

Counsel: The Ministry of Health was aware of the submission of this document.

Counsel: There is a piece of evidence that the Ministry of Health approved all payments under the Letters of credit

Minister: I am not aware of any.

Dr Forson, who is also the NDC Member of Parliament (MP) for Ajumako Enyan Esiam and the Ranking Member on the Finance Committee of Parliament, is standing trial with Sylvester Anemana, a former Chief Director of the Ministry of Health, and Richard Jakpa, a businessman, for allegedly causing financial loss of €2.37 million to the state in a deal to purchase 200 ambulances for the country between 2014 and 2016.

Per the Attorney General’s (AG’s) facts accompanying the charge sheet, in 2009, while delivering the State of the Nation Address, the then President,

Professor John Evans Atta Mills, indicated that new ambulances would be purchased to expand the operations of the National Ambulance Service.

Jakpa, who is a local representative of Big Sea General Trading Limited, a company based in Dubai, subsequently approached the Ministry of Health with a proposal that he had arranged for finance from Stanbic Bank for the supply of 200 ambulances to the government.

Parliament approved the financing agreement between the government and Stanbic Bank.

According to the facts, on November 19, 2012, Dr Anemana wrote to the Public Procurement Authority (PPA) seeking approval to engage Big Sea through single sourcing for the supply of 200 ambulances.

The facts added that on August 7, 2014, Dr Forson wrote to the Bank of Ghana for letters of credit of €3.95 million for the supply of 50 ambulances in favour of Big Sea.

The letters of credit were accordingly released to Big Sea.

The facts said 30 ambulances were purchased at a sum of €2.37 million, but all were found not to have met ambulance specifications and “not fi t for purpose”.