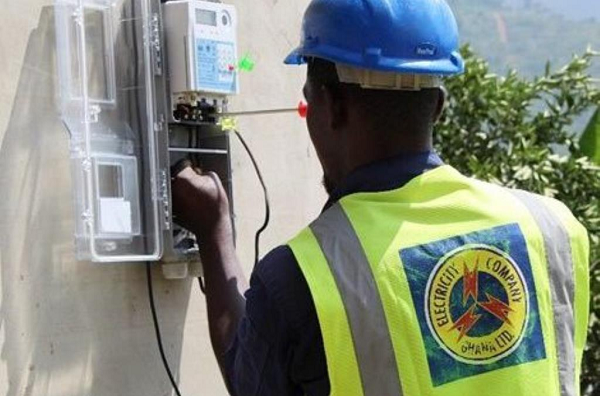 The Central Regional Manager of the Electricity Company of Ghana (ECG), Emmanuel Ankomah, has cautioned customers to refrain from engaging unprofessional people to work on the company’s transformers and other electricity installations in their communities.

He said it was not only dangerous but criminal to work on the company’s electricity transformers in an attempt to check for any fault within their communities.

He warned that persons found to be tampering with the company’s installations would face prosecution. Mr Ankomah made the call during a public forum organised by the Public Utilities Regulatory Commission (PURC). The forum was organised by the Greater Accra and Central Regional Offi ces of the PURC at Kasoa in the Central Region last week Tuesday to fi nd ways of addressing the concerns of both utility providers and consumers.

It formed part of the commission’s outreach programmes which also focuses on bringing activities of the PURC to the doorsteps of the public. Mr Ankomah called on consumers not to accept any metre from individuals but to contact the ECG if they needed metres.

The Greater Accra Regional Manager of the PURC, Gifty Bruce-Nelson, explained that the commission was committed to ensuring that utility companies provided better services to consumers. She lauded the dialogue between the utilities and consumers and said it served a platform for consumers to express their complaints about services by utility service providers.

The Central Regional Manager of the PURC, Kesewaa Apenteng-Addo, in her address, reiterated the important role of the commission towards addressing the concerns of consumers and utility providers in the country.
Tampering with metres

She also cautioned consumers to refrain from altering metres of utility companies or transformers of ECG, explaining that anybody found to have engaged in such acts will be prosecuted according to the law. She urged consumers to pay their bills promptly and stated that consumers were required to pay their utility bills within two weeks after receiving their bills.

Ms Apenteng-Addo expressed the commitment of the PURC to protect the interest of consumers and utility companies. For her part, the Accra West Communications Manager of the Ghana Water Company Limited (GWCL), Solace Akomeah, explained that the company was managing the water fl ow situation at Kasoa and its environs.

Touching on new service connection, she urged consumers to avoid illegal connection and refrain from connecting to the main pipeline before approaching the GWCL for metres or to be connected to the main water pipeline. The GWCL, she said, had adopted an electronic payment system and called on consumers to use the platform in the payment of their water bills, saying “the introduction of the e-levy does not affect utility payment.”

A resident, Gifty Brown, expressed worry about the handling of complaints made to the utility companies at Kasoa and its environs, stating that the companies did not act promptly when issues were brought to their attention.

Another resident, Yeboah Kissi, mentioned issues relating to the allocation of electricity metres, unstable power and water supply as some of the problems that individuals living at Kasoa and its environs faced.