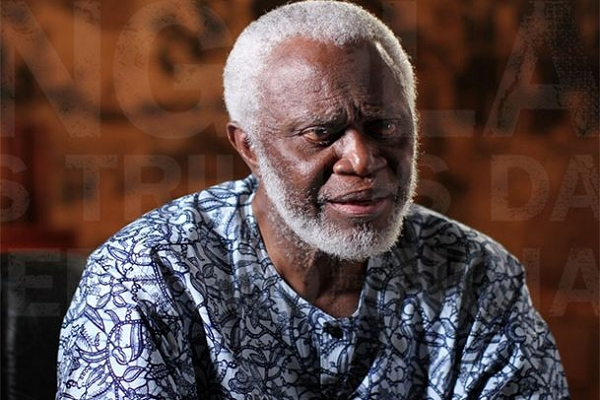 The remains of former National Security Advisor, Captain Kojo Tsikata (retd), were last Thursday laid to rest at a private ceremony in line with his desire.

President Nana Addo Dankwa Akufo-Akufo was among the mourners at the burial service.

The body did not lie in state or made available for viewing at the ceremony at the Lashibi Funeral Home, where it was cremated.

The funeral which had been programmed to last for just an hour, lasted almost nearly two hours as the occasion received a heavy presence of personalities from politics, military and family settings.

A statement from the family, jointly signed by Colonel Joshua Agbotui (retd) and Mr Fui Tsikata, expressed appreciation to all who conveyed sympathies to the family since the passing of Captain Tsikata on November 20, 2021.

Capt. Tsikata was appointed by former Libyan leader, Col Muamar al-Quathafi, to a senior advisory position in charge of the Al Mathaba Central Committee, a support centre for the liberation movement and anti-imperialist and anti-Zionist organisations.

Capt. Tsikata received one of Angola's highest honours, known as Carlos Silva among Angolan fighters, for his role in the struggle for their national independence.

He was a holder of the Solidarity Award and of the Order of "Carlos Manuel de Céspedes", conferred on him by the Council of State of the Republic of Cuba.

Mr Tsikata, 85, a retired army officer and politician, was one of the founder members of the National Democratic Congress (NDC).

He had been away from the public eye for the past decade.

He was appointed by Flt Lt Rawlings to serve in the then PNDC regime as the Head of National Security in 1982.

He also served as a Member of the Council of State when the country returned to constitutional rule.

The security chief rejected a national award to be conferred on him in the category of the Order of Volta Companion under President J A Kufuor.

He was listed as one of the six officials in the first NDC regime to have received the award.

Capt. Tsikata was also sent to the Congo, along with Major General J. A. Ankrah, as part of a Ghanaian military contingent, with orders from President Kwame Nkrumah to protect the Pan-Africanist and anti-neocolonialist Patrice Lumumba, who was the Prime Minister of that country.

He later went to Conakry, Guinea, to visit Nkrumah and was arrested, detained and put on death row as a suspect of an assassination plot against Nkrumah on his arrival.

Samora Machel, a freedom fighter, intervened to pardon him. Samora travelled with him to Mozambique. He later arrived in Angola in 1964 to join the MPLA fighters and internationalist fighters from Cuba.

In 1995, Capt. Tsikata was asked to join a negotiating team with Dr Mohammed Ibn Chambas, who was then the Deputy Foreign Minister, and Brigadier General Francis Agyemfra, accompanied by Mr Harry Mouzillas from the Ghana News Agency as a journalist to cover the events.

They travelled to join Mr James Victor Gbeho, the then Chairman of the Economic Community of West African States (ECOWAS) and Resident Representative of Flt Lt Rawlings, and Mr Ate Allotey, a diplomat