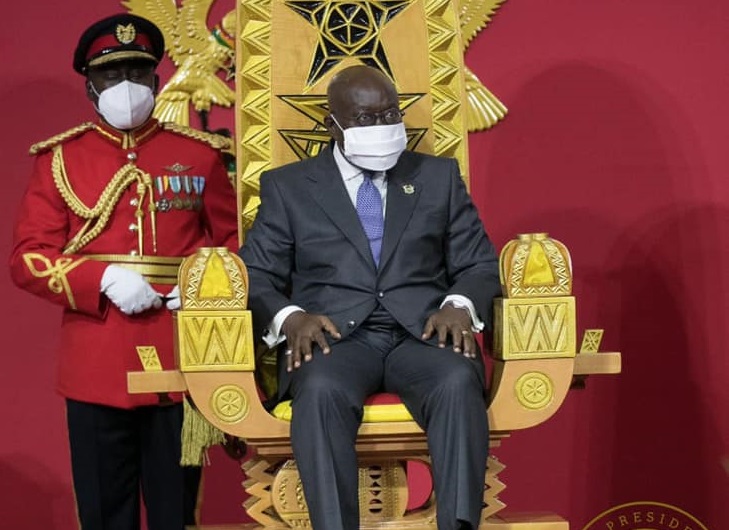 The names of 13 new key appointees at the Presidency in President Nana Addo Dankwa Akufo-Addo’s second term have been released.

All the appointees are to undertake their duties in acting capacities, subject to consultation with the yet-to-be constituted Council of State.

The list includes new entrant Dr Isaac Owusu Mensah as Director of Research who is replacing Victor Newman who recently passed on.

Related article: Director of Research at the Presidency, Victor Newman passes on

Other new entrants are Emmanuel Adumua-Bossman [a.k.a. Carlos don Brazi, which is the name he is commonly for in NPP circles] and Fawaz Aliu as the two new Deputy Chiefs Of Staff to replace Francis Asenso Boakye and Samuel Abu Jinapor who are now Members of Parliament.

Adumua-Bossman worked as the Director of the Impact Assessment Unit in the Office of the President from 2018 to 2020 and was also the Director for Planning and Implementation with the National Security unit from 2017 to 2018.

Fawaz Aliu on his part is a young and experienced diplomat from Dagbon.

He served as the focal point for coordinating President’ Akufo-Addo's foreign relations engagements in his first tenure and also assisted the Secretary to the President in managing the president’s secretariat.

Frema retained as Chief of Staff

Akosua Frema Osei Opare has been retained as Chief of Staff same as Nana Bediatuo Asante as Secretary to the President, Brigadier General Emmanuel Okyere, as National Security Advisor, Lord Commey as Director of Operations, Eugene Kofi Bentum Arhin as Director of Communications and Saratu Atta as Personal Assistant (PA) to the President.

This was made known in a press statement signed and issued by the Acting Director of Communications at the Presidency, Mr Eugene Arhin on Tuesday night (Jan 19, 2021).

Mercy Debrah-Karikari is on the list as Secretary to the Cabinet, Sam Ellis as Director of Personnel, Kow Essuman as Legal Counsel to the President and Michael Ofori-Atta as Director of ECOWAS and Regional Integration.

The statement said the appointees are to undertake their duties in acting capacities, subject to consultation with the yet-to-be constituted Council of State.

Dr Isaac Owusu-Mensah, the new Acting Director of Research at the presidency is a senior lecturer at the Department of Political Science at the University of Ghana, a position he has held since February 2016. He was first appointed a lecturer in the department in 2011.

He had his O-level education at the Tamale Business Secondary School and proceeded to Apam Secondary School, for the A-levels. Between 1993 and 1997, he studied for his Bachelor of Arts (with honours) in political science at the University of Ghana.

He has several publications to his credit. 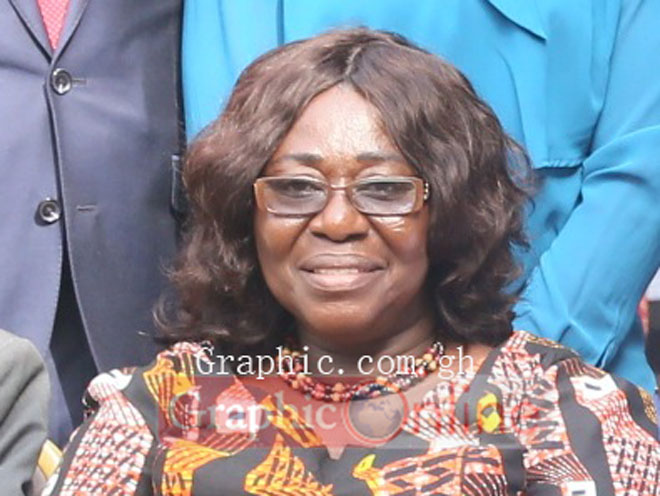 She was a lecturer at the University of Ghana, Legon, from 1976-1982; Consultant for the United Nations in the ‘Women in Fisheries’ programme in countries such as Uganda, Ethiopia, Congo, Kenya and Namibia.

She was also Deputy Minister for Manpower, Youth and Employment from 2005 to 2008, under the government of President John Agyekum Kufuor. She was a two-term Member of Parliament for Ayawaso West Wuogon.

Brigadier General Emmanuel Okyere is a military engineer and holds an Executive Master’s Degree in Governance and Leadership from GIMPA.

He is also a graduate of the Ghana Military Academy, has a solid military background, having done almost 44 years of distinguished service with the colours.

He served in various capacities in both the military and local government. He served as the Metropolitan Chief Executive of the Kumasi Metropolitan Assembly from 1995 to 1996; and from 2006 to 2010, he was the General Officer Commanding the Southern Command. 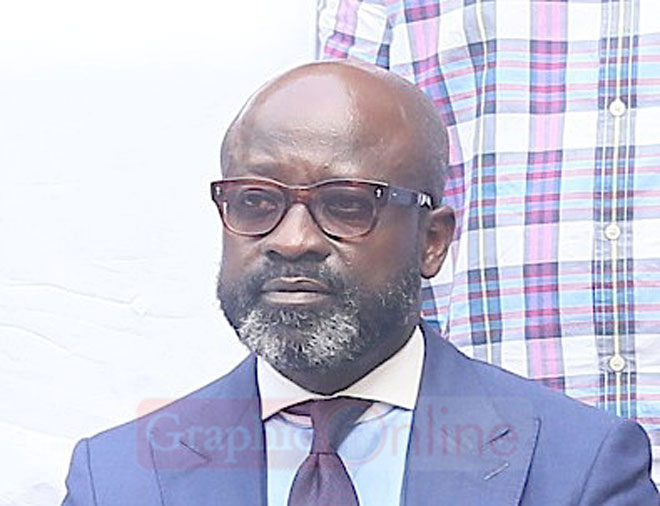 He was educated in Ghana, the United Kingdom and the United States, where he obtained a Doctor of Law degree from the New York University of Law.

He was called to the bar in New York, Ghana and is a member of both bars. 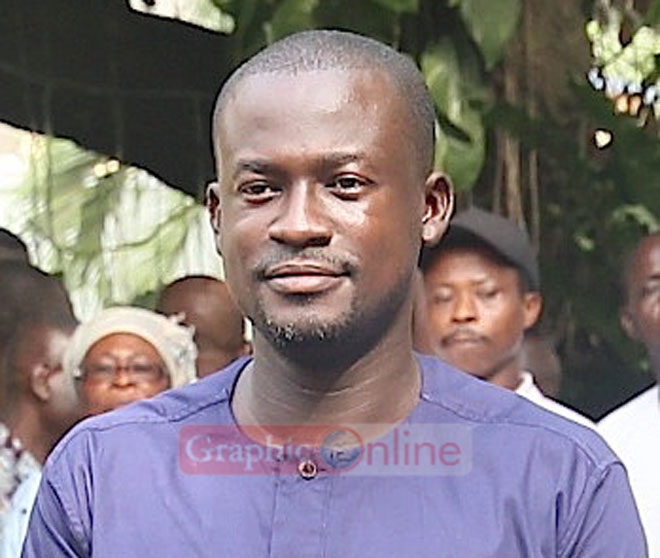 Eugene Arhin is 37 years old. He graduated from the Kwame Nkrumah University of Science and Technology in 2006 with a Bachelor of Science degree in Materials Engineering.

He worked as a Teaching Assistant in the Department of Materials Engineering for a year, and joined the Danquah Institute as a Research Analyst in 2008. He was with the Institute until February 2014 when he became Press Secretary to Mr Akufo-Addo and went ahead to become Director of Communications in President Akufo-Addo's first term Jan 7, 2017 to Jan 6, 2021 and has been re-appointed to the same position. 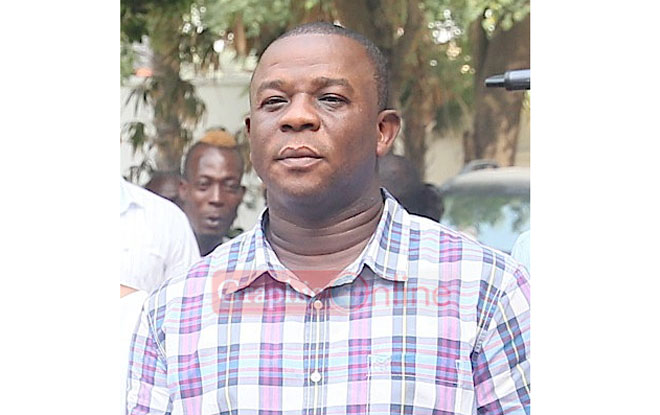 Lord Oblitey Commey, 52, is an accomplished entrepreneur and an astute politician known for his tactical, operational and organisational acumen. He was National Organiser of the New Patriotic Party (NPP) for eight years. Prior to that, he served as the Greater Accra Regional Secretary for the party. 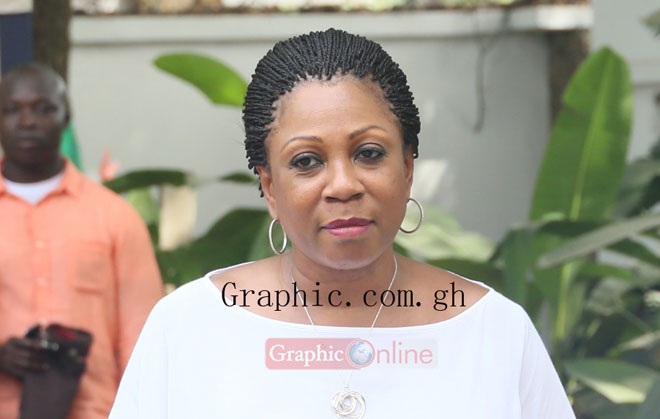 Saratu Atta is 57 years old. She is a graduate of the University of Warwick, UK, and holds a Bachelor of Arts degree in Politics and International Studies. She worked as a Securities Trader at First Securities Discount House in Lagos, Nigeria from 1993 -1997, and then went on to establish her own security printing company in Lagos. She was appointed NPP Campaign Secretary in 2008, and has been Office Manager and Executive Assistant to Nana Akufo-Addo since 2009.

She served as Personal Assistant (PA) in President Akufo-Addo's first term and is continuing with the same position.