Adhere strictly to road regulations - Drivers cautioned ahead of Xmas 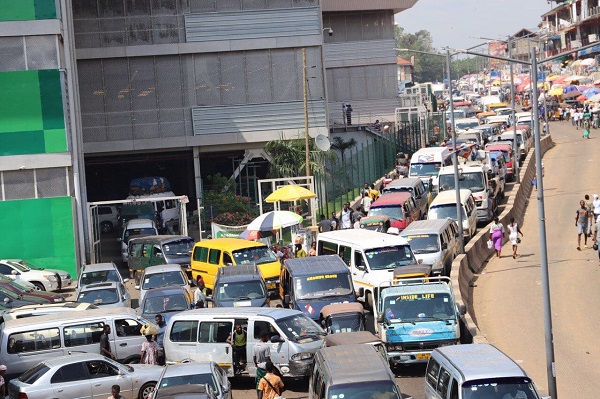 With three days to Christmas, the National Road Safety Authority (NRSA) has cautioned drivers and other road users to strictly adhere to road traffic regulations to prevent the crashes that are associated with the festive season.

It noted that the hurly-burly associated with the Yuletide portends higher risk of road crashes, the reason all road users needed to take personal responsibility for their safety.

Speaking with the Daily Graphic in Accra yesterday, the Director-General of the NRSA, Ms May Obiri-Yeboah, indicated that highways, such as Accra-Kumasi, Accra-Winneba, Accra-Aflao, Tamale-Kintampo and Tarkwa-Bogoso-Ayamfuri, were hot spots for accidents during festive seasons.

She stressed that organisers of social events that required the transportation of people needed to ensure that road traffic regulations were strictly adhered to for the safety of patrons.

“We all know that Christmas is a moment for merrymaking and that during this period there is a lot of movement. We are, therefore, saying that even as we celebrate, we should be mindful of our safety on the roads, so that our activities will not lead to more road crashes," she said.

For instance, she said, the situation where some drivers of commercial vehicles drove under the influence of alcohol and ended up endangering the lives of passengers must be stopped.

Again, she cautioned drivers to desist from the temptation to drive at abnormal speed in a bid to make more money during the festive season.

Even more important, the NRSA Director-General urged drivers to have enough rest and avoid the tendency to drive when tired, since that increased the risk of accidents on the roads.

Among other things, she urged drivers to avoid wrongful overtaking, overloading of vehicles and talking on phone while driving.

She also cautioned riders of motorcycles to avoid motorbike displays in the name of celebrating Christmas because they could end up crashing other road users.

Ms Obiri-Yeboah also urged Christian groups which would organise conventions during the festive season to ensure that strict traffic regulations were followed in transporting patrons to those centres.

"If people have to go for Christmas conferences, the organisers must ensure that there is no overloading of vehicles. The drivers must also drive at moderate speed limits, so that they can arrive safely," she said.

She urged passengers on board commercial vehicles to speak up when drivers drove carelessly, so that their lives would not be endangered.

On pedestrian safety, Ms Obiri-Yeboah urged members of the public to avoid jaywalking, especially along highways.

For instance, she called on pedestrians to use footbridges provided on highways to reduce the risk of being knocked down.

She also advised them to make sure that they did not drink and walk along the road because that could lead to knock-downs by moving vehicles.

“Pedestrians are also advised to put on bright colours, especially when it is getting dark, so that drivers can see them clearly when they are using the roads,” she added.