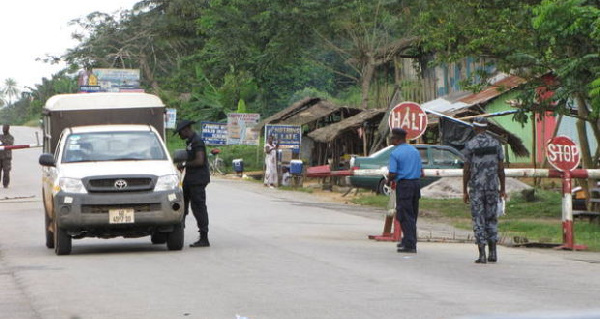 As part of efforts to minimize the usage of fake insurance stickers, the National Insurance Commission will in the next few weeks deploy Global Open Trunking Architecture Phones (GoTa phones) to enable the police check for unlicensed vehicles.

The phones are expected to be used by the Police for spot checks of insurance details of vehicles using the Motor Insurance Database (MID) which went live in January this year.

In an address read on his behalf at the launch of KEK Insurance on Tuesday in Accra, the Commissioner of Insurance, Dr Justice Yaw Ofori said the NIC is investing in technology to digitize the insurance service delivery.

"The Motor Insurance Database went live in January this year and has proved very useful in minimizing fake motor insurance stickers. Overall, it is expected to help cut out the fraudsters, minimize undercutting, reduce the number of uninsured vehicles on our roads and hence grow the motor insurance premiums significantly," Dr Ofori said.

"Very soon, the NIC will deploy GoTa phones to enable the police check uninsured vehicles on our roads".

The Deputy Commissioner of Insurance, Mr Michael Kofi Andoh disclosed that the devices had already been procured by the NIC and they would help the Police to know all the details about any registered vehicle on the streets.

"The GoTa phones will help the Police to tell if your insurance is authentic or fake by entering the details of your number plate on the phone and they can tell wether you are insured and which company," he said.

"The phones are in and they are being deployed and the Police will take delivery of them in a number of weeks. In a few days you should see them on the street".

He said the MID had increased the number of persons who have been arrested for using fake motor insurance since it was introduced.