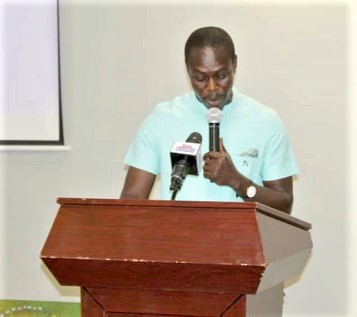 The President of Academic City University, Professor Fred McBagonluri, has stressed the need for industry to partner with academia in order to produce the right calibre of workforce for them.

For him, the partnership between industry and academia would create the right environment to produce innovative graduates who would help transform the country's economy.

"Producing the right set of people was not only the job of universities but rather a joint effort," he noted.

Prof. McBagonluri made the remarks at the inauguration of a Bus Shelter at Dzorwulu in Accra.

He said such a partnership between academia and industry was necessary for resolving the country's unemployment situation.

The bus shelter was sponsored by Mckingtorch Africa, an organisation committed to plastic waste management and influencing policies on climate change.

The materials used for the construction of the bus shelter are made from recycled plastic waste materials such as flipflops, popularly known as "chale wote", used car tires, used gallons, plastic bottles and burnt clay bricks.

The bus shelter is also solar-powered.

Prof. McBagonluri said the gesture was part of the organisation's initiative to reduce plastic waste in the country.

He encouraged parents to train their children to be conscious about the environment, saying "if we start training children at that age to respect this environment, they are going to grow up and became responsible citizens."

Prof. McBagonluri also applauded the innovativeness of the organisation made up of vibrant young Ghanaians, and appealed to institutions to associate with such innovations.

The Chief Executive Officer of the foundation, Mr Makafui Awuku, said although the shelter was a "proof of concept", it was one of many projects the organisation was pushing to pursue and called for support from the government and other institutions.

"Going forward, we want to fabricate and install a lot of these shelters across the country and on the continent of Africa as we change the narrative for Africa," he said.

The Municipal Chief Executive of Ayawaso, Ms Sandra Owusu Ahinkorah, commended the Mckingtorch Africa for taking up such an initiative and expressed her appreciation to all those who partnered with the organisation to help eradicate plastic pollution in the country.

"As the first beneficiary municipality, we would provide the necessary support to the project and ensure that it is replicated at all major bus stops within the municipality," she pledged.