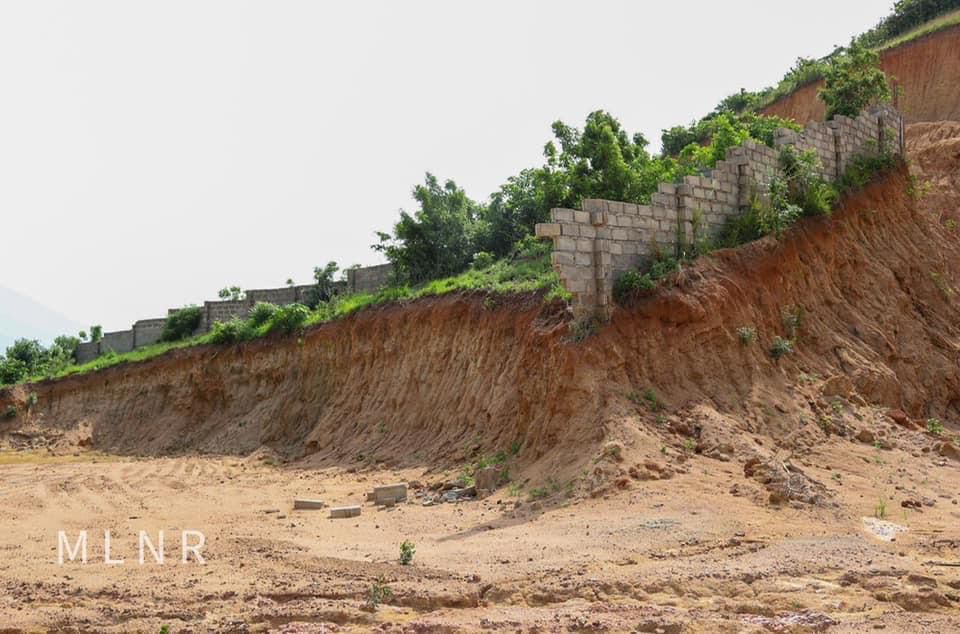 Eight people were on Wednesday arrested for encroaching on a land belonging to the Ghana Geological Survey Authority (GGSA) at Tuba and Oblogo, where the GGSA has equipment installed for monitoring earthquake in the earthquake-prone areas.

The eight were caught putting up illegal structures at earthquake-prone areas that straddle the GGSA earthquake monitoring station at Oblogo and Tuba in the Weija-Gbawe and Ga South municipalities in the Greater Accra Region.

The are in police custody for preparation for court.

The arrest of the eight was on the directive of the Deputy Minister of Lands and Natural Resources in charge of Mines, George Mireku Duker. 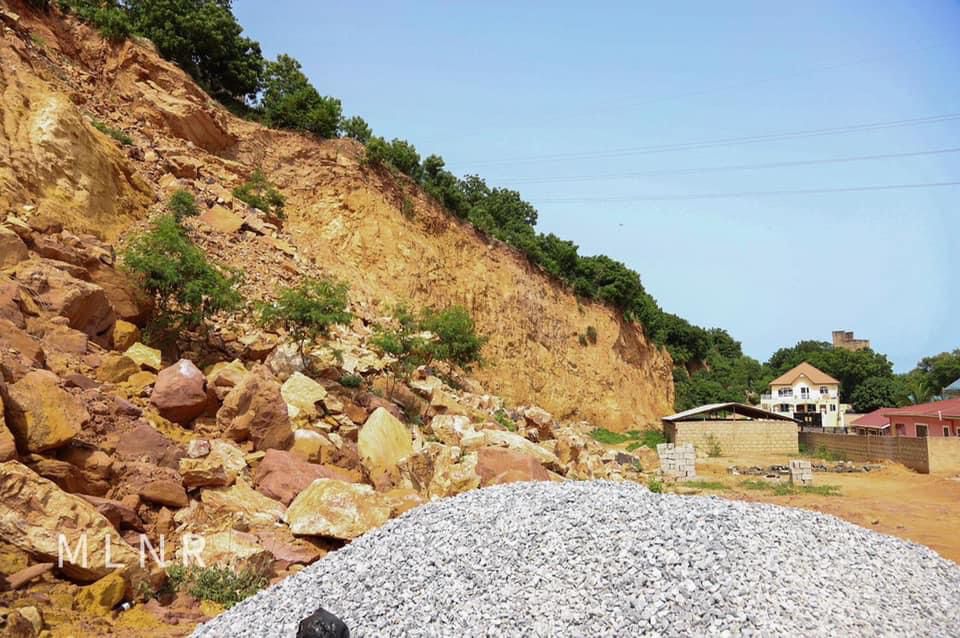 The deputy minister, who led a team of police officers to embark on an unannounced operation in the Weija-Gbawe and Tuba areas to clampdown on illegal sand winning, also directed all unauthorised buildings within the GGSA monitoring area be pulled down within one week.

The team found that estate developers and private individuals had chipped off the base of the hilly GGSA enclave, leaving cracks on the hill.

The lacerations on the hill left many of the residential buildings on the top at risk of collapsing.

Buildings that were at the base of the hill were also at the mercy loose boulders. 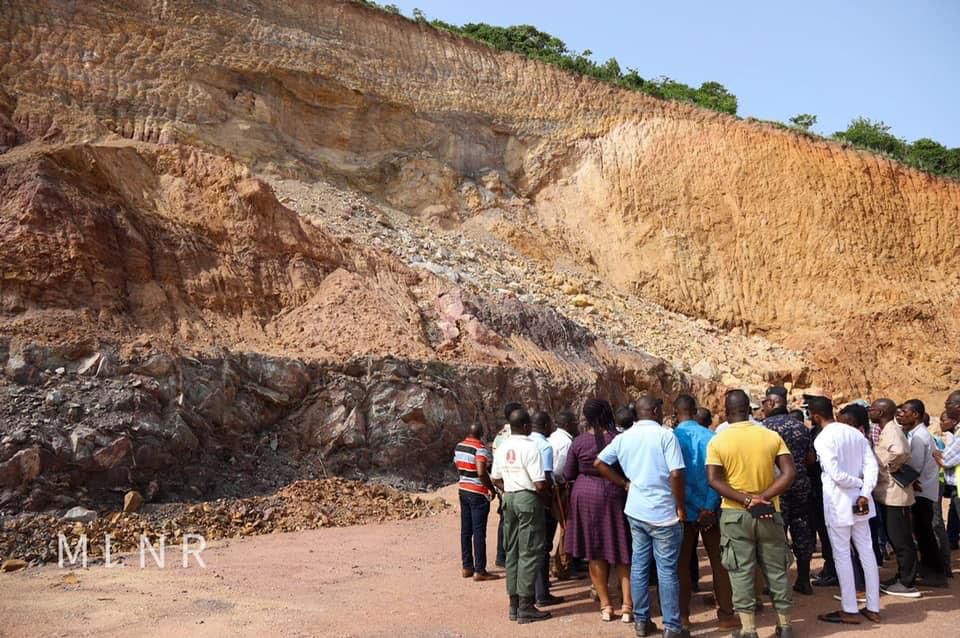 Graphic Online observed that although the National Disaster Management Organisation (NADMO) and the Weija-Gbawe Municipal Assembly had written "stop work" notices on buildings that were springing up at the base of the hill, the developers ignored the order and continued their activities.

Chippings, blocks and other building materials and personal effects was seen there, giving indication that the perpetrators of the illegality may have absconded the minister's team got there.

The visibly angry deputy minister ordered the arrest of four persons who were seen putting up a building at the Oblogo hill.

At Tuba in the Ga South municipality, it was observed that sand winners and miners of gravel had reduced the restricted earthquake zone into gullies.

Scores of illegal structures had sprang up in the hilly earthquake zone. 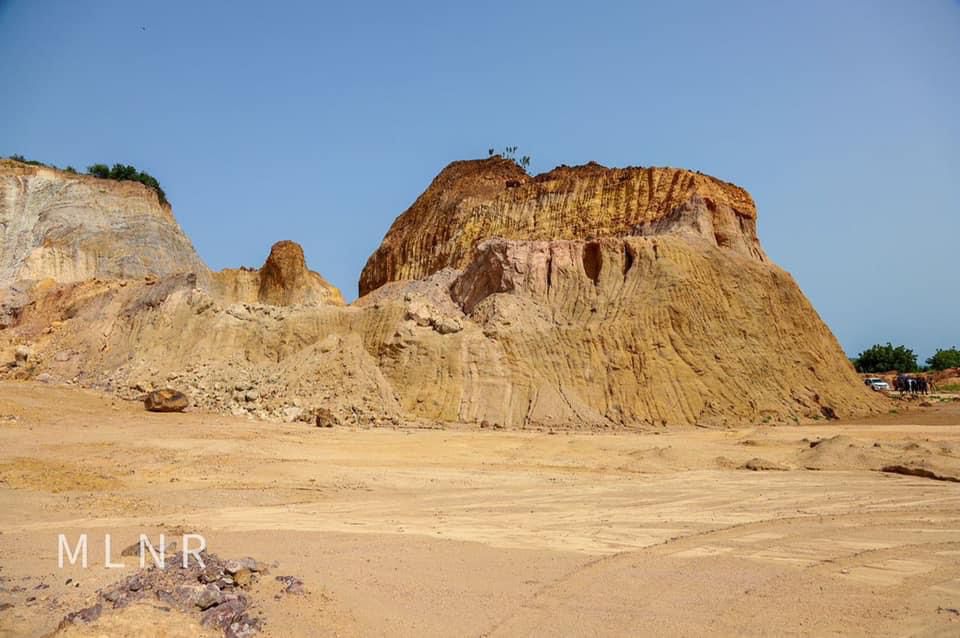 Mr Duker said the Ministry of Lands and Natural Resources would go all out to weed out the miscreants behind the illegality.

"It is an earthquake zone and no one has the permission to work here or put up a building. The assemblies must work and ensure that this people are cleared out," he said.

The deputy minister said the Minerals Commission had not given any permit to anyone to win sand in that area so the assemblies must crack the whip on culprits.

He also called on the security agencies to support the local assemblies to protect the country’s heritage.

The Head of Geoharzard Department of GGSA, Nicholas Opoku said the residents of the earthquake zone faced eminent threats of earthquake for which reason urgent action must be taken to stop further developments within that enclave.

He said it was worrying that despite numerous warnings by the GGSA, many people continued their illegal activities in the area.

For his part, the Director of Fiscal Planning Department at the Ga South Municipal Assembly, Thomas Dettor, said the assembly would do all things possible to stop the illegal activities.

He said the Municipal Security Council (MUSEC) in the area had firmed up a strategy to crackdown on the illegal activities.