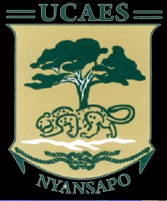 The University College of Agriculture and Environmental Studies (UCAES) at Bunso in the Eastern Region is to commence diploma and degree programmes in organic agriculture and food systems in January 2023 and 2024.

The first of its kind in Ghana, the programmes are aimed at equipping students and smallholder farmers with practical knowledge and skills in sustainable agricultural practices.

Supported by Ecoland International, a German-based institution that promotes organic farming globally, the initiative is targeted at bolstering Ghana’s capacity to produce organic crops, some of which could be exported.

Currently, UCAES and Ecoland International, with support from the German Government, have established a 35-acre organic demonstration farm at Bunso that is used to train over 200 smallholder farmers in the cultivation of ginger and turmeric.

The Rector of UCAES, Dr Charles Brempong Yeboah, and the President of Ecoland International, Rudolf Bühler, who made this known at an Organic Farmers’ Day Forum at Bunso, also said the programme would be used to train technical inspectors and certifiers to allow Ghana export organic produce to other parts of the world, including the United States and Europe.

Dr Yeboah said the university and Ecoland International had aimed at promoting sustainable agriculture in the Eastern Region and Ghana as a whole over the past years.

He said with the support of Ecoland International, the curriculum for organic agriculture had already been drawn, with inputs from the universities in Kenya and Egypt that offered similar organic programmes.

“The university curriculum is to be presented to the Ghana Commission on Technical Education (GTEC) for approval,” he said.
Mr Bühler said the application of the organic method would not place any financial burden on the farmers since no fertiliser had to be purchased to grow crops.

He noted that all that the farmer needed was animal droppings, particularly cow dung, adding that organic application was not harmful to human beings since no chemicals would be applied.

To enable farmers to reap maximum benefits from switching to organic farming, he said two farmer co-operative groups would be formed to enable as many farmers as possible to be introduced to the new cash crops.

The German Ambassador to Ghana, Daniel Krull, described organic farming as the new gold that needed to be explored to guarantee soil fertility.

He said organic farming would make farmers and their families more resilient to economic crisis as “no cash” was needed to purchase pesticides and fertilisers.

“Organic farming will have enormous positive impact on Ghana’s trade balance as you will stop importing pesticides and fertilisers and food products,” he said.