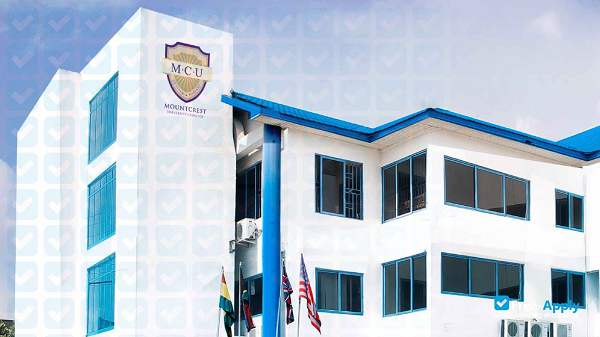 The MountCrest University College (MountCrest) has announced the establishment of a scholarship scheme for female senior high school (SHS) graduates across the country.

The scholarship is also open to both male and female SHS graduates from the northern part of the country.

The plan is being run in partnership with the Overlord of Dagbon, Ya-Na Abukari II, and the Queenmother of the Okuapeman Traditional Area, Nana Afua Nketiaa Obuo II, and falls in line with MountCrest’s Equality and Inclusion Initiative, which is founded on the school’s motto; “Ut Vitam Habeant”, which means: “That They May Have Life”.

The student financial aid package, which is known as the Kwame Ansa-Asare Scholarship Fund, comes in full and partial bundles and has been set up to support meritorious SHS graduates across the country and assist them to pursue MountCrest’s flagship LLB (Law degree) programme.

The scholarship scheme was instituted by Mr and Mrs Kwaku Ansa-Asare, the founders of the university college, in memory of their late son, Kwame Ansa-Asare, who died at the age of 19, in the same year that he was to start his studies in Law.

She explained that the scholarship was a promotion by Ya-Na Abukari and intended for deserving students, both male and female, from northern Ghana, for the reason that there were no schools in that part of the country that taught legal education and the fact that all the 11 faculties of Law in the country and all three campuses of the Ghana School of Law were situated in the south of the country.

“The Queenmother of Okuapeman, Nana Afua Nketiaa Obuo, who is a retired educationist and co-supporter of the scholarship project, is also very interested in female education in the country,” she said.

Mrs Horsham pointed out that all full and partial scholarship bundles under the Kwame Ansa-Asare Scholarship Fund were merit-based and means-tested, and encouraged all applicants from the rural parts of Ghana who considered themselves eligible to apply.

She urged the public to contact MountCrest University on its campus at Kanda for further details on applying for the scholarship.

According to her, MountCrest was committed to running innovative educational programmes whose graduates bore degrees that were relevant to the demands of employers.

“We assure our stakeholders to always implement socially innovative curricula that reflect the socio-economic and developmental needs of our society, as well as offer opportunities that were flexible for adult learners to take advantage of to upgrade their knowledge and skills through academic programmes and continuing professional development,” she said.

The school’s commitment to higher education, she said, was grounded in three core tenets: Quality and Innovation in Education and Leadership, Good Governance and Sustainable Development and Equality, Equity and Social Justice.

A Founder of the MountCrest University College, Mr Kwaku Ansa-Asare, who is an accomplished legal educationist, said the scholarship was established in furtherance of the school motto:

‘That they may have life’, and in pursuit of its vision: ‘To become a world-class teaching and research university, educating for life and addressing the challenges facing contemporary society’.

“’Our mission is to train and prepare a new generation of graduates in body, mind and spirit for the transformation of society and I believe we are on course,” he said.

In addition, he said, the school was working very hard to become an institution of excellence and school of choice for both staff and students by providing cutting-edge educational research, teaching and learning that were proactive and the provision of extension activities.

The MountCrest University College is affiliated to the Kwame Nkrumah University of Science and Technology (KNUST) in Kumasi.

It was founded in August 2008 and is the first private tertiary institution in Ghana to offer the Bachelor of Laws degree programme.