Can a rapist be castrated? 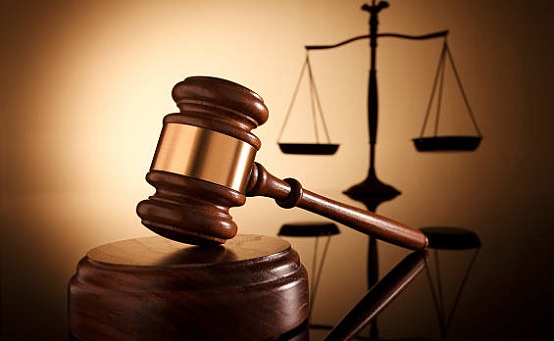 Dear Mirror Lawyer, I listened to the news recently and heard that in some African communities, a man who defiles a child under 14 years could be made to undergo surgical castration as punishment when convicted.

Recently, my seven-year-old niece was defiled.

The judge only sentenced the perpetrator to 25 years in prison.

My niece, who used to be bubbly and full of life, has not been the same since her predicament.

For all the pain caused, can we appeal to have the judge sentence the culprit to death or have him castrated at the least?

I would hate to see another child go through this ordeal.
Afisem Hope, Ho.

Dear Afisem, I understand your repugnance to this criminal conduct.

Many people have applauded this new law practiced in some communities on the continent because they believe it would be a better deterrent than imprisonment.

However, there are other factors that are considered when crafting laws that impose punishment on persons convicted of crimes besides the deterrent factor.

Punishment is also intended to incapacitate, reform, rehabilitate, serve as a form of retribution and/or provide restitution.

In all instances, punishment must also be proportional.

Also, laws which incriminate actions and impose punishment are territorial in nature.

This is to say that an action may be a crime in one country but may not be in another country.

Furthermore, the punishment prescribed in one country for a crime would not be the same for that crime in other countries.

The law of the place dictates the punishment.

The fundamental rules or principles regarding crimes is that they must be prescribed.

This implies that the crime must clearly be spelt out, as well as punishment for the crime.

This can be implied from Article 14 of the 1992 Constitution.

More important, courts must adhere to the law when punishing convicted persons or imposing sentences for crimes.

The forms of punishment provided under our laws include death, fines, imprisonment, payment of compensation, detention and liability to police supervision, according to Section 294 of the Criminal and Other Offences Procedure Act, 1960 (Act 30).

Under our section 101(1) of the Criminal and Other Offences Act, 1960 (Act 29), the punishment for defiling a child under the age of 16 in Ghana is a minimum of seven years and a maximum of 25 years.

The courts apply the laws as passed by Parliament and thus would not be able to impose a greater or harsher sentence on a convicted person.

I believe you understand at this point that the sentence of 25 years given by the judge in your niece’s case was the maximum permitted by law for a judge to impose.

In conclusion, the punishment meted out by judges must correspond with and be commensurate with the crimes that convicted persons are being punished for.

This is factored into the law by the lawmaker.

Therefore, unless the laws in Ghana are changed, the punishment for defilement remains a prison term of a minimum of seven years and a maximum of 25 years.

I imagine it seems unfair to you, however, you could agree with me that factoring the balance between the fundamental rights of accused persons to maintain their sexual organs in readiness for use when they complete serving their sentences and the term of imprisonment for a quarter of a century, to some extent the latter is a good deterrent for the crime.

Regarding the victim’s family initiating an appeal, this is not your responsibility.

The matter was a criminal one.

Thus, your family or niece was the complainant or interested persons and not a direct party to the case.

The state, as the prosecutor and the culprit (the accused) were the parties to the action which culminated in the finding of guilt and sentencing of the culprit.

In criminal matters, the state, represented by the Attorney general or officers designated by him or her, always takes up the matter and conducts the case as though the crime was against it.

Thus, it is not the place of the victim or her family to appeal the sentence.

It is the sole preserve of the Attorney-General represented by the Director of Public Prosecutions.