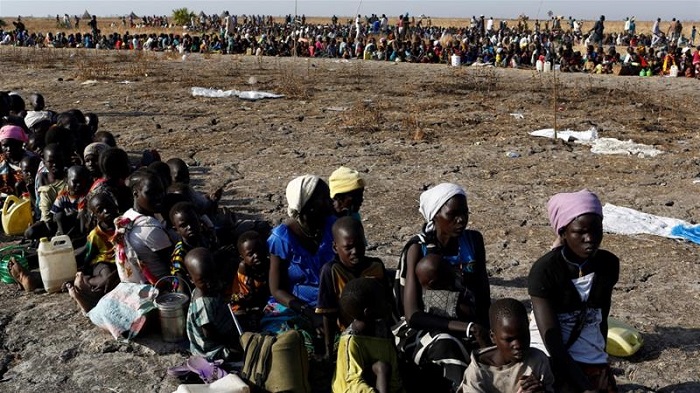 South Sudan's government recently announced it would charge $10,000 for foreigners working in a "professional" capacity, $2,000 for "blue collar" employees and $1,000 for "casual workers" from March 1.

"The government and the army have largely contributed to the humanitarian situation. And now, they want to create profit from the crisis they have created," Elizabeth Deng, South Sudan researcher with Amnesty International, said on Saturday.

She said there were hundreds of aid workers operating in the country, and that the new visa costs "could further hinder their critical work on the ground".

South Sudan, formed in 2011 following a split from the north, declared famine in two counties in late February.

The United Nations said on Saturday more than 7.5 million people were in need of assistance in the country.

The crisis has "man-made" origins, according to the UN and humanitarian organisations groups, as a civil war that started in 2013 has forced people to flee, disrupted agriculture, sent prices soaring and cut off aid agencies from the worst-hit areas.

Humanitarian groups also say their workers have been subject to harassment and attacks.

Julien Schopp, director of humanitarian practice at InterAction, which groups 180 NGOs working worldwide, said if the fee rise measure is put into practice, "it will be impossible for humanitarian workers to pay this kind of sum".

Schopp said NGOs were still pressing the government to provide details, notably on whether workers with current work permits would have to re-apply for new ones under the new fee structure.

Michael Makuei, South Sudan's information minister, said on Thursday the new fees for foreign workers were already in effect and confirmed they applied to aid workers.

The UN defines famine as a situation in which at least a fifth of the households in a region face extreme food shortages, acute malnutrition rates exceed 30 percent, and two or more people in every 10,000 are dying each day.