Nigeria's President Muhammadu Buhari said on Friday he will continue to rest and undergo further medical tests in Britain within weeks, after returning home from two months of medical leave.

Buhari walked unaided from his plane after it landed at an air force base in the northern city of Kaduna. The former military ruler then boarded a waiting helicopter, state television showed. 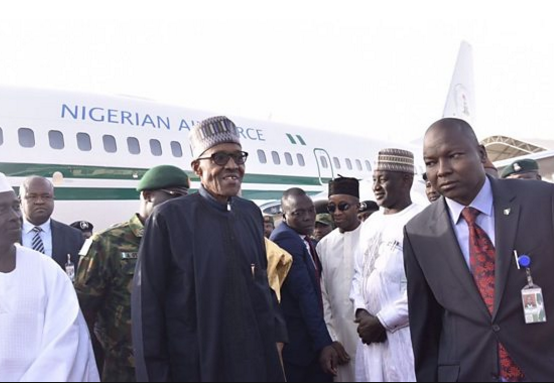 The president's spokesman Femi Adesina later clarified that Buhari would not resume his duties at least over the weekend but would formalise his return to power next week.

Adesina said in a tweet that he will send a letter to the National Assembly on Monday, adding: "That makes his return to work formal, and constitutional."

He had originally planned to stay 10 days but stayed longer to rest after consulting his doctors, deepening suspicions that his health was far worse than officials are publicly admitting.

"I deliberately came back towards the weekend, so that the Vice President (Yemi Osinbajo) will continue and I will continue to rest," he said in Abuja.

"All I will need is to do further follow ups within some weeks." 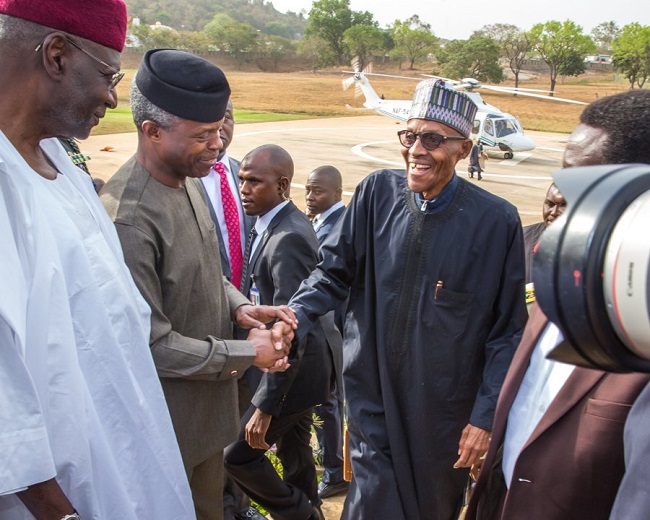 Al Jazeera's Ama Boateng, reporting from Kaduna, said Buhari's return was announced last-minute after he remained out of sight for weeks.

"He has finally returned to the African soil," she said, adding that even though Nigerians are usually very sympathetic towards sick leave, there were concerns about how the country can run efficiently when the commander-in-chief is absent.

Adviser Adesina said on Thursday that Buhari's "holiday" had been extended on doctors' recommendations for further testing and rest. It gave no details about the health of the president.

"President Buhari expresses appreciation to teeming Nigerians from across the country, and beyond, who had prayed fervently for him, and also sent their good wishes," the statement said, giving no medical details.

Earlier on Thursday, the presidency had published pictures of a smiling Buhari meeting the Archbishop of Canterbury, Justin Welby, in Abuja House, part of the Nigerian High Commission in London. 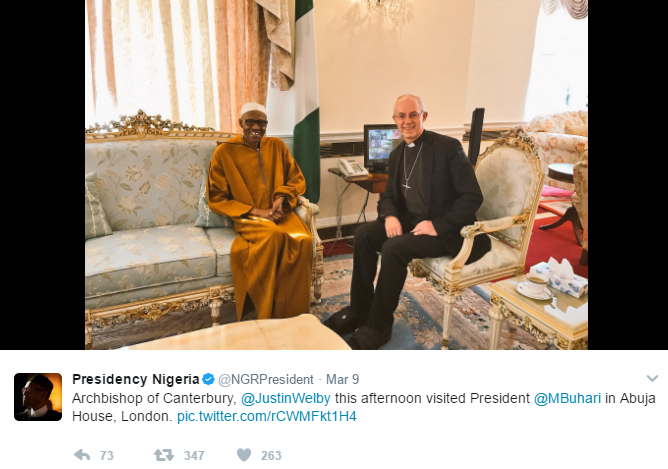 No official pictures of Buhari's meetings in London had been posted since February 15.

The government had sought to allay concerns of a void at the helm of Africa's biggest economy and most populous country by stressing that Buhari, who was elected to power on a campaign that vowed to root out corruption, had given Vice President Yemi Osinbajo full powers as acting president during his leave.

Osinbajo, a lawyer, held in Buhari's absence cabinet meetings and finished work on an economic reform plan needed to secure a World Bank loan to help to plug a deficit caused by low oil revenues.

On Thursday, the Independent National Electoral Commission (INEC) announced that Nigeria's next presidential and parliamentary elections will be held in February 2019.

INEC said the early release of the election timetable was "to allow for proper planning by the commission, political parties, security agencies, candidates and all stakeholders".