A time when green means much more than ‘go’! 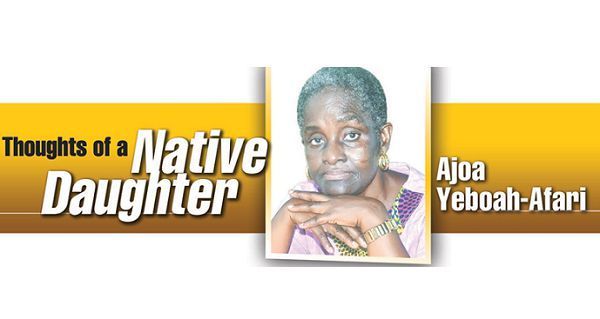 March is Glaucoma Awareness Month all over the world, to educate people about the dreadful eye disease that can lead to permanent blindness.

The emphasis is on the need for people to go for eye screening in case they need to begin treatment immediately to save their sight.

Today, Saturday March 16, in Accra, there will be one more, eye screening exercise for this year at the Ebenezer Presbyterian Church, at Osu, from 9 a.m. to 2 p.m.

Those who missed the earlier eye testing programmes can get their eyes checked by professionals, FREE OF CHARGE!

My plea to all readers: Please take advantage of this humanitarian arrangement by the Glaucoma Patients Association of Ghana (GpAG), in collaboration with the Ministry of Health and the Ophthalmological Society of Ghana, to go and get your eyes checked, together with your family – and friends.

After screening those diagnosed with glaucoma are advised on what to do.

Incidentally, this year’s observance marks the tenth World Glaucoma Week. Evocatively, this year’s theme for the awareness campaign, illustrated appropriately with a photo of traffic lights, is ‘Green = Go get your eyes tested for GLAUCOMA: Save your sight!’ The green in the lights has an image of an eyeball with the words “BIG”, meaning ‘Beat Invisible Glaucoma’.

Glaucoma usually causes no symptoms in the early stages, and so it can only be detected through having the eyes checked.

Indeed, the grim, tell-tale nickname given the disease is “the silent thief of sight”.

Ghana reportedly has the lamentable status of being one of the countries with the highest number of glaucoma cases.

Last year, of the 849 people who went for screening, 58 were found to have glaucoma, GpAG President Harrison Abutiate told me. They were losing their sight without knowing it!

“What is worrying is that 50 per cent of people living with glaucoma don’t know that they have the condition,”Mr Abutiate said, “and 50 per cent of those who know, don’t go for treatment.”

He added, that currently 60,000 Ghanaians are already blind from glaucoma.

As stated earlier, what is extremely frightening about glaucoma is that it strikes without warning.

It can’t be emphasized enough that without getting tested, one could be going blind without knowing it.

Little wonder that in 2015, a pragmatic initiative highlighted at the launch of that year’s Glaucoma Week was the introduction of a local name for glaucoma: Hinta anifraye.

The translation of the Akan expression, hinta anifraye is ‘hidden or secret blindness’; the operative word linked to the condition is ‘stealth’.

I have a personal experience of how the disease can strike without warning.

I was fortunate enough to be diagnosed purely by chance decades ago.

This is why I feel the need to tell my story every year in this column, to highlight the importance of eye testing.

My luck was that while I was on an assignment abroad, I happened to see an unusual sign in a shop window.

That sign, and my curiosity, were what saved me.

The incident happened on a cold Monday morning in Copenhagen, Denmark.

I was there to do a report for a magazine published in Paris – where I was living for a year with a group of other journalists, under the European Union’s ‘Journalists-in-Europe’ programme.

Not wanting to risk being late for my first interview appointment, I had set off early from my hotel. However, I realised on arrival at the address that I had about an hour to kill because it was closer to the hotel than I had thought.

It was while I was walking about, window-shopping in the nearby pedestrian street to while away the time and also to keep warm, that I saw in an optician’s shop window a sign in English that said: “Come in for a free eye test!”

Could it be true? I went in to check. Soon I found myself seated in front of a very friendly optician.

She not only spoke good English, but also assured me that the test was truly gratis.

After the test, looking worried, she told me that there was “a problem” and so I should have my eyes checked again on my return to Paris.

Another test in Paris confirmed what she had told me; there was indeed a disturbing development: I had glaucoma.

Notably, previously, I had not felt any pain to alert me that my eyesight was under serious threat.

One reference work explains that: “The reason that glaucoma is called the silent thief of sight is that it usually has no symptoms until there is loss of vision.” Another warns that “if untreated, glaucoma can lead to permanent loss of vision.”

I remain eternally grateful to the optician in Copenhagen and her company for their free eye test service. Had it not been for that that opportunity, it could so easily have been a different story for me. There are so many terrifying ‘what ifs’!

What if I had not been in Europe at that time?

What if I had not been too early for my appointment?

What if I had not seen that notice in the Copenhagen shop window?

What if the sign had been in Danish and not English?

Scary thought that my sight could have been lost just like that, because there had been no symptoms, no pain, to make me think of going for an eye check.

However, for those diagnosed and on treatment, affordability is a serious issue as glaucoma medicine is not cheap! And the treatment is lifelong.

So I ask again, why can’t glaucoma treatment be meaningfully covered by the National Health Insurance Scheme?

Glaucoma medicines should be affordable!

Secondly, as March is ‘Ghana month’, because of Independence Day, wouldn’t it be a marvellous idea to complement the Ghana Month festivities with free eye screening nationwide, the whole month? This would undoubtedly save countless numbers from blindness.

Anyhow, this morning, those living in Accra, and who get to know about it in good time, can take advantage of today’s free screening at the Ebenezer Presbyterian Church.

Also, my appeal, as always, is: If you’re reading this and have not had your eyes tested, I hope you will do so immediately.

As the experts warn, further delay might cost you your sight!

AND PLEASE PASS ON THE ADVICE ABOUT THE IMPORTANCE OF EYE SCREENING.