It's Homowo, let the Ga songs play on! 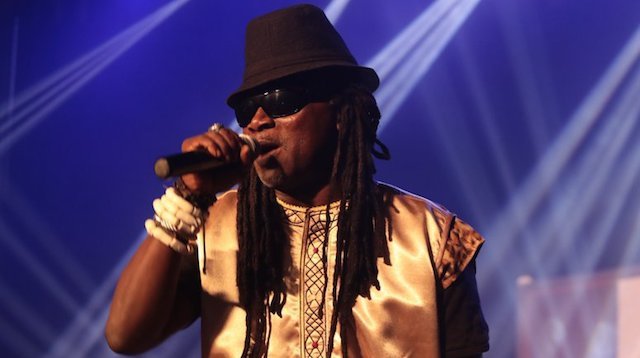 WE are in the Homowo season once again and the communities like Ga-Mashie, La, Teshie, Nungua, Osu, Tema and Kpone among others, are geared up to celebrate the well-known festival.

As is often the case, families will come together to observe some time-honoured obligations and also have fun on the beaches, in the pubs and at home.

Some good mood- lifting Ga music, many would admit, often works like magic as the soundtrack for such activities.

At least for those who care, well-rendered popular music in Ga has throughout the years entertained, enriched and inspired us.

We would have been poorer without their unmistakable musical styles.

So as Homowo lingers in the air, one person who will keep his ears to the ground for what amount of Ga music flows at the various events is singer and composer, Amandzeba. He is best known for his groundbreaking Wogbe Jeke piece released in 2000.

Though of Fante parentage, the man believes he was a Ga who didn’t complete his mission in an earlier life and is on Earth again to accomplish that task.

He is a committed cultural activist who among other things, wants to see Highlife grow but is keen to do his bit to help prop up Ga popular music as well.

“I don’t want to sound tribalistic but at Homowo time in some parts of Accra, you hear so much non-Ga music. Homowo is a ceremony or festival for a particular group of people so music of those folks must dominate.

"Even if music from other people and places are included, a large chunk of what is played must be Ga-focused,” Amandzeba says.

“Sometimes, I throw in a couple of Fante phrases to pull in non-Ga ears but the main body of the songs are in Ga. ‘Kpanlogo ye de papa’ for instance, is not a Ga expression but what follows in the song is all Ga.”

Though he only releases new material sporadically, Amandzeba says he works consistently on new material. He is currently doing an album of re-makes of what he described as Ga Highlife classics.

The project includes songs by the late King Bruce who remains one of his all-time favourite musicians.

The outstanding thing about King Bruce was his mastery of the Ga language and the way he managed to craft beautiful lyrics from it.

Apart from his lyrics that had the power to evoke a variety of emotions in listeners, the man also composed and arranged infectious instrumental parts for his Black Beats band.

In discussing well-loved Ga music in the public space, one cannot overlook the wonderful contribution of composer, percussionist and flutist Nii Teye Ashitey and his Wulomei.

They broke new grounds on the Ghanaian music scene right from the band’s formation in 1972. Their debut Walatu Walasa album released in 1974, shot them to instant fame.

Other fellows Amandzeba says he likes very much as far as Ga compositions are concerned include Adane Best, Adotey Tetor and Tinny.

Adane Best caught attention when he appeared on the scene with Ayite in 1992.

He has since come out with other well-patronised tracks like Adesa, Maa Fio, Dzata Bi, Dromo Ahee, Kaa Fo Donn and George all bearing his trademark sprinkling of philosophical pieces of advice. Though he sings predominantly in Ga, Adane’s music has wide appeal.

Many refer to Adotey Tetor as The Preacherman due to the issues of godliness and righteousness often touted in his music.

He was a member of the Ashiedu Keteke folkloric group for eight years before quitting to record his maiden Esa Ake Male Nyonmo (I Must Know God) album.

Real name Nii Addo Quaynor, Tinny these days likes to be called Bardman Tinny. Many still refer to him as Aletse Kankpe and cannot ignore the impact he made in 2003 with Makola Kwakwe.

With other songs like Akwei Poloo and Kaa Bu Ame, he demonstrates a fantastic ability which admirers say is like a magician who conjures words about different aspects of life at will and poetically pastes them on beats in the studio. He simply sizzles with Ga lyrics.

There’s a long list of contemporary acts who, even if not regularly, make the effort to come up with meaningful Ga songs. Some of them are Knii Lante, Cina Soul, Kaseem Bebe, Screwfaze, Nii Funny, Spanky, Nii Bi, Mantse Sole, U2Jay and Kotey Another.

One doesn’t hear much of Ga songs being among the top-trending on radio and television in recent times. That’s something music and arts enthusiast, Caleb Nii Ablorh, puts down to the scanty presence of Ga-inclined electronic media as compared to the Akan-speaking ones.

Amandzeba contends that a judicious and persistent use of the Internet and social media could also help bring more attention to Ga music and culture generally. In the meantime, he wants to hear and dance to more Ga music this Homowo season.