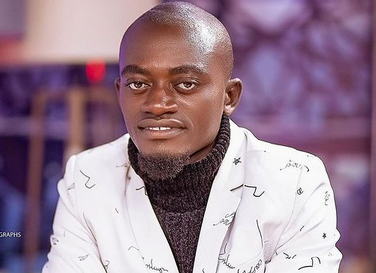 He has been in the movie industry for over a decade and counting and there is no disputing the fact that actor Kwadwo Nkansah, popularly known as Lilwin, is still very relevant.

Graphic Showbiz touched base with him recently and he shared some reasons he was still relevant. “I am a very humble person who respects everyone I work with from the producer to the least person on set. Everyone who has worked with me can attest to that and I am also very hardworking.

“I give my best to every production that comes my way almost as if my very life depends on it and that is one reason I have come this far. Of course, I can’t rule out the God factor, God has been very gracious to me and been with me throughout my journey so I give Him all the praise and thanksgiving,” he stated.

When asked to share his view on claims about hatred in the industry, Lilwin said he always tried to rise above it.

“There is hatred in every sector, not just the movie industry as people always say. I always overlook the petty jealousy and hatred in the industry I find myself and concentrate on my work so that is how it has been for me all this while. I don’t have time to be hating anyone because it won’t earn me anything or add any laurels to the many I already have,” he stated.

Lilwin has been rumoured to be very quick-tempered and again he disagrees with this saying. “Everyone is quick-tempered, the reason people have that impression of me is because I don’t joke with my work, if you come on my set and you misbehave, I won’t hesitate to walk you out.

“If you put up any kind of behaviour that will not augur well for the progress of the production, you will find your way out, that is for sure and I don’t have any regrets for walking such people off my set because they are impediments to the progress of my works,” he said.

Lilwin’s Cocoa Season series which airs on United Television (UTV) on Fridays at 9:30 p.m. is star-studded and he told Graphic Showbiz that it cost him millions of cedis. “It is a very expensive production, I fly most of the stars from Accra and that is very costly aside their hotel bills and remuneration, among others,” he said.

There are over 40 musicians and about 20 actors in the series so Graphic Showbiz asked him how he manages to assemble all these stars.

“It’s the love and respect they have for me that makes it easy for them to accept to work for me. I also respect them a lot so I treat them very well,” he said.

Read also: You are a small boy in the industry - Kwaku Manu tells Lil Win

Apart from Cocoa Season which stars the likes of Stonebwoy, Medikal, DopeNation, Clement Bonney also known as Mr Beautiful, among others, Lilwin is coming up with another series titled Agya Bofo) which stars Okyeame Kwame and others and he is looking forward to airing that on UTV as well.