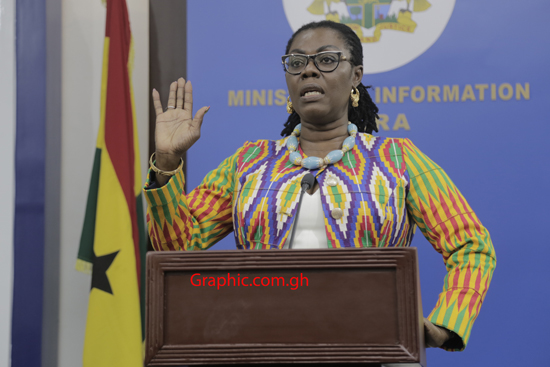 The world over, subscriber identification module (SIM) card registration allows states to know the identities of the owners of SIM cards.

Through that, they can tell who is making a call or sending a message as and when they desire to know.

As a condition for the purchase or activation of a SIM card, the user is asked to provide personal data, as well as a valid ID.

Those details are held by the state, even if a telecommunications company collects the information.

They were further meant to properly identify subscribers for the use of value added services such as mobile banking, mobile money and electronic payment services.

Unfortunately, even though these SIM registration regulations are still in force, they have not been strictly enforced because of the lack of the appropriate infrastructure.

Again, due to competition among the players in the industry, they are most often not strict on ensuring that their vendors adhere strictly to the rules to register the cards of those who buy them.

This means that in many instances these vendors compromise on the regulations.

Since the enforcement of the regulations was relaxed, criminal elements within the system have taken advantage to perpetrate mobile SIM-related crimes, including identity theft and mobile money crimes. This unfortunate situation has been largely criticised by sections of the public, who have called for some measures to avert the situation.

The Daily Graphic and its sister papers have, on countless occasions, drawn the attention of the sector ministry and the regulator of the industry to the wanton abuse of SIM cards and how criminals are having a field day.

Thankfully at last, there has been a directive to the National Communications Authority (NCA) to lead the process of implementing a policy for the re-registration of all SIM cards in the country, beginning January 1, next year.

The Minister of Communications, Mrs Ursula Owusu-Ekuful, who issued the directive, said the move was in furtherance of a Cabinet directive for all mobile phone users in the country to re-register their SIM cards as part of a comprehensive measure to track the activities of criminal elements who used mobile phones to commit crimes.

Much as the move seems to be appropriate, we wish to remind the regulatory body not to allow the process to raise tension in the country by using the exercise to undermine the ability of users to communicate anonymously and one’s right to privacy.

We should be reminded of the Data Protection Act and educate people on that to enable them to feel comfortable to volunteer to register, even though it is compulsory.

The Daily Graphic sees an election year in the offing and politicians can easily misjudge the wisdom by the government to ensure that the exercise is undertaken in a smooth manner.

It is our prayer that all and sundry — the government, telcos and the public — will recognise the positives of this exercise and heed the call to re-register their SIM cards.

The onus lies on the regulatory body to ensure that this worthy exercise will not pose any threat to vulnerable groups and facilitate surveillance by making tracking and monitoring of users easier for those who do not deserve to access their information.