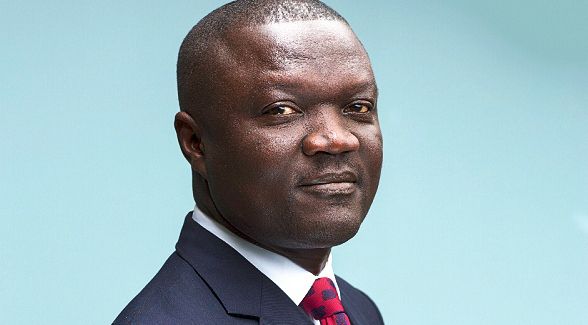 The Managing Director of the FBNBank Ghana Limited, Mr Victor Yaw Asante, has called for a broader discussion on how to instill ethics into student and professional bankers in the country.

He advised that the discussion be focused on whether or not ethics should be successfully or effectively taught at the school level or ethical development must take place on the job, including periods of apprenticeship or internship.

Delivering a lecture on how education, training and apprenticeship could help prevent the next financial crisis in the country in Accra last Thursday, Mr Asante said ethics, which referred to moral principles on behaviour and the profession, were needed to serve as strong foundation for persons working in or yearning to work in the financial sector.

He observed that although ethics was “a big culprit in the causes of the financial crisis,” it continued to receive inadequate emphasis, hence the need for a stakeholder discussion on how to instill values, good morals and principles into up and coming professionals in the banking sector.

Taking the attendants, who were mostly old students of OWASS through the of history financial sector crises in the country with emphasis on the recent one, Mr Asante, himself an old student, said the country needed to put in place sustainable structures to help prevent another one from occurring.
One of those measures, he said was the priorisation of ethics.

“Research has shown that ethics education has been a minor area of interest for banking and finance.

“The debate on whether or not ethics can be successfully or effectively taught at school level or ethical development must take place on the job (including periods of apprenticeship or internship) should aid decision making in this regard. Unfortunately, the framework for educating bankers in this country has failed to identify where the emphasis should be and utilise same,” he observed.

He also called for stronger collaboration between academia, professional bodies in the financial sector and corporate entities in the development and training of human resource for the sector.

He said although the sector had witnessed tremendous changes over the years, training institutions had failed to adapt, resulting in “weak preparation of students at the lower level.”

“So, the question now is, who should have control over the other’s curriculum,” Mr Asante asked.

“For me, regardless of the direction of influence, it is important that they work in partnership since they are both involved in the education and training of the students to develop certain skills,” he added.

The FBNBank MD was speaking at the 2020 edition of the Burgess, Kalinauckas, Adu Amankwaa Memorial Lecture organised by the Opoku Ware Old Boys Association (Akatakyie).

The lecture is an annual event by the association in honour of the school’s first three headmasters, who were credited with laying the cornerstone for the subsequent transformation of the school into its current state.

Rev. Father Peter Rigby Burgess was its maiden headmaster and reigned between 1952 to 1960 before handing over to Mr Leo Kalinauckas.

Mr Kalinauckas also headed OWASS between 1961 and 1963 and was replaced by Mr Kwame Adu Amankwaa, the first African and Ghanaian to head the missionary school.

Mr Amankwaa, who headed the school between 1963 and 1969, is also credited as being the youngest Headmaster of OWASS, having been appointed at the age of 37 years.

This year’s lecture was chaired by Capt (rtd). K.A. Butah, a retired civil servant and an old student of the school.