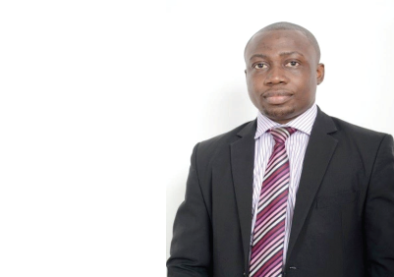 PricewaterhouseCoopers (PwC) Ghana has advised the government to provide tax incentives for companies that have gone off or minimised their reliance on the national grid by switching to renewable energy.

It said the incentives should be based on the investments the companies had put in renewable energy such that companies and individuals that had totally gone off the national grid would not pay taxes on power.

At the PwC’s Post Budget Forum in Accra on November 22nd, the Associate Director of the PwC Ghana, Mr Abeku Gyan-Quansah, said the provision of the incentives would help drive the government’s renewable energy agenda as it would motivate the private sector to go off the national grid.

He said it would also cut down on the operations cost of the companies and enable them to produce more and be more effective.

Should this happen, he said, the government could now plough back the amount in the form of corporate taxes.

He added that it would also help the government to save the amount of money it planned to spend in supplying solar plants and other energy sources as was stated in the 2018 budget.

The government in the 2018 budget indicated that in line with its objective of increasing the penetration of renewable energy in the energy mix, it was promoting the distribution of solar power for government and public buildings.

It added that it would also embark on an MDA solar rooftop programme dubbed “Government goes solar” to reduce its expenditure on utilities.

Regarding tax mobilisation and performance, he said in 2016, the projected outturn of tax revenues was GH¢25.7 billion, which was expected to grow to about 34 per cent by the end of 2017.

Going into 2018, Mr Gyan-Quansah said, tax revenues were projected to reach about 78 per cent of the total revenue expected. That, he said, required a GH¢40 billion to achieve the 78 per cent revenue projection.

In doing so, he recommended for the reconsideration of some tax exemptions and incentives that was announced in the 2018 budget.

“So long as we have decided to get to a Ghana Beyond Aid, we need to raise our own tax revenues to drive our developmental agenda,” he said.

He, therefore, acknowledged that the move of the government to implement an incentive for start-up businesses was a good initiative; however, he recommended that the government must not depart too much from schedule six which generally required start-ups to pay one per cent tax if they were under exemption.

That, he said, would inculcate in young and upcoming entrepreneurs a culture of paying tax.

On lotto commission and lotto winning, Mr Gyan-Quansah, said the idea to fully exempt them should be reconsidered.

“Lotto commission and lotto winning could be exempted from the withholding tax but as to drive tax mobilisation, lotto operator should not be treated any differently from the average Ghanaian,” he added.

“We appreciate the government’s intention to discourage illegal lottery, but on the other hand, we still have the national bit to satisfy and, therefore, the argument of illegality can be catered for by taking off the withholding tax but let them still file and adhere to their tax obligation,” he mentioned.

He recommended that the government should reconsider the current fiscal deficit to the total exemption of lottery.

Currently, there is a five per cent tax imposed on lotto winning exceeding the amount of a little over 2,500, following a reclassification of lotto as an investment under the country’s new tax laws.

Mr Gyan-Quansah said the threshold could be increased to about 50 or 100 thousand.