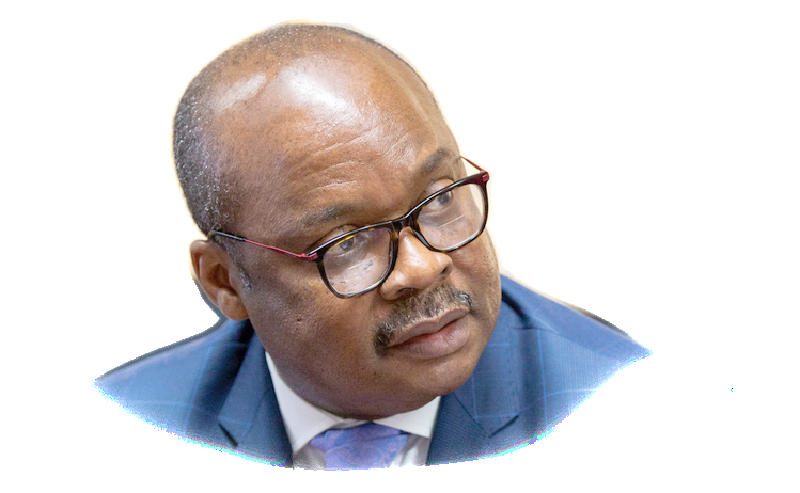 Within every economy, monetary policy and fiscal policy are the two most widely recognised tools used to influence a nation's economic activity.

While monetary policy, generally carried out by central banks, is primarily concerned with the management of interest rates and the total supply of money in circulation, fiscal policy on the other hand is a collective term for the taxing and spending actions of governments.

Basically, both monetary and fiscal policy are macroeconomic tools used to manage or stimulate the economy.

The two policies together have great influence over a country's economy, its businesses and its consumers, and that is why they must be carefully managed so that none negatively impacts the other to affect economic growth.

In the 2023 Budget and Government Economic Policy, the Finance Minister proposed for approval an increase in the Value Added Tax (VAT) rate by an additional 2.5 per cent.

The increase in the VAT, the government has explained, is necessary to rake in more revenue across board without necessarily having to increase other tax bands to create further hardships.

This major fiscal policy is one of its key pillars, which is about aggressive domestic revenue mobilisation at a time when the doors to the international capital markets has been shut to the government.

It is also in line with its drive to realise a positive primary balance, where its domestic earnings is more than its non-interest expenditure (what it is spending, not including debt payments).

At its November Monetary Policy Committee (MPC) news conference in Accra, the Bank of Ghana increased its policy rate by as much as 250 basis points to 27.0 per cent, explaining that the move was to enable it to continue anchoring inflation expectations.

Much as the bank’s actions have been questioned because of the negative impact on growth, the bank maintained that on the transmission of monetary policy changes to inflation, there is evidence that the policy rate increases in the past few months have helped dampen the pace of monthly price increases.

To back its claims with evidence, it noted for instance that between May and August this year, the monthly inflation number eased from a peak of 5.1 per cent to 1.9 per cent.

However, this was reversed in September and October on account of additional shocks from upward adjustment in ex-pump petroleum prices, utility tariff adjustments and transportation fare increases.

In the event, inflation jumped to 40.4 per cent, a development which has dragged along with it core inflation, which is almost at par with headline inflation and indicating significant underlying inflation pressures and upside risks to the inflation outlook.

Based on this phenomenon, the inflation forecast shows that in the outlook, inflation will likely peak in the first quarter of 2023 and settle at around 25 per cent by the end of 2023.

To the bank, this forecast is conditioned on the continued maintenance of tight monetary policy stance and the deployment of tools to contain excess liquidity in the economy.

It seems evident that the fiscal policy manager, the government, is eager to rake in more revenue through a tax to acheive a primary suplus.

This comes particularly at a time when it finds itself in a heavy debt distress position and also racing against time to bring its debt levels down from over 100 per cent to about 55 per cent in the medium to long term. This has also become necessary because the doors of the international capital markets have been closed to the country, with one of the only options left being aggressively mobilising domestic revenue.

However, this move by the government is expected to impact inflation which is already high.

Although this fiscal policy of the government is well intended, the monetary policy managers have been placed in a situation where they are forced to also tighten their policy to keep the unprecedented rise in the prices of goods and services in check, hence the increase in the policy rate.

The bank, in explaining its actions, admitted to the fact that there were some risks to its forecast that would have to be monitored, including the additional pressures from the proposed VAT increase and exchange rate pressures.

In view of the foregoing, the committee was of the view that significant upside risks to the inflation outlook remained. As a result, the bank said to continue to anchor inflation expectations, the committee, therefore, decided to increase the policy rate by 250 basis points to 27.0 per cent.

The central bank has a duty to control inflationary pressures and one of the tools is to increase the policy rate to mop up excess liquidity in the system.

But it must be noted that this has multiple effects on the economy and growth in general.

Usually, whenever there is a policy rate hike, the commercial banks respond by increasing their interest rates.

It is, therefore, clear that with the new policy rate, the average lending rate will rise again in the coming months.

This will mean that industry players will be reluctant to borrow at higher rates to expand. The implication is that growth will be stifled and the unemployment situation in the country may further worsen, particularly at a time when the government has placed a ban on public sector employment.

As earlier observed, the fiscal policy managers are bent on raking in more revenue through the increase in VAT. This move is going to further affect the inflation rate which already stands at 40.4 per cent as of October and expected to increase further in November.

To curtail the inflationary pressures, the monetary policy managers have also increased the policy rate to 27.5 per cent in an attempt to mop up excess liquidity which they anticipate can help slow inflation.

It is clear that the two policy managers are each curious to achieve an objective.

As to whether this path is the best could be complicated. However, it must be noted that the present economic condition is not business as usual, particularly at a time when the government is racing against time to secure a staff-level agreement with the IMF.

That, when successful, could unlock a whole lot more which, in the short to medium term, could return the derailed economy back on track.

Industry has expressed worry about the impact of the fiscal and monetary policy directions on their operations. But judging from the government’s overall debt exchange plan, there is hope which all must embrace.

The Finance Minister told the Daily Graphic exclusively last Wednesday after a media engagement that the concerns of industry were genuine. However, there is the need for them to look beyond the present challenge and be assured of a more positive outcome after the staff-level agreement is achieved.

It is clear that growth for now is being sacrificed, but that can only be a short-term development as the policy managers work to restore the economy to the path of sustained growth in the medium to long term.