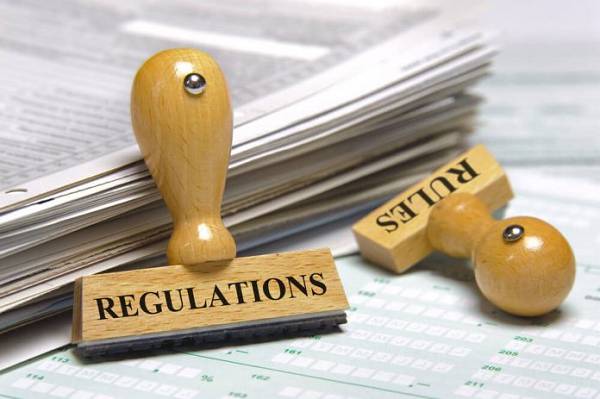 Rules and regulations are required in every game to ensure fairness.

The same principle is applicable to elections, whether conducted locally or nationally.

The term, “level playing field” is used to ensure that all players in the game or market are subjected to the same rules and operating conditions, such that no one gets an unfair advantage over the other.

This also means that the stronger competitor, who is usually the incumbent,does not abuse the incumbency or dominance in the game or market place. Imagine a football match where both teams agree to match-fixing.

Such an act disdains not only the supporters and spectators who go to the stadium to watch the match, but also other teams in the tournament.

Again, imagine a football tournament without conduct rules or a referee; offside goals could even be allowed.

The doctrine of fairness applies also to the market place where businesses compete with one another. In markets with sufficient conduct rules (competition law or antitrust law), consumers and market players are protected against conducts that would distort the well-functioning of the market.

Where no such law exists, there is the tendency that market players competing against one another can meet to agree on prices (price fixing), split the market so that they do not compete among themselves (territorial allocation) or even reduce output so as to raise prices (output restricting).

Such group of players who decide not to compete through such agreements are called cartels.

Abuse of dominance happens when a player enjoying a position of strength (dominant player or monopoly)engages in activities that are either intended to drive competitors out of the business (exclusionary practices) or intended to gain more revenue from the customers (exploitative practices).

Examples of exploitative practices include charging high prices for goods and services to customers and downstream firms, while exclusionary practices include selling products below cost of production just to collapse competitors (predatory pricings), with prices being raised after competitors have exited the market.

Markets devoid of competition law can also be replete with cartels controlling the supply and manufacture of essential goods and services. Activities of cartels can be so dangerous to the economy in many ways.

They can distort the functionality of the market by limiting production or supply just to spike prices.

Unfortunately, the Ghanaian market is without competition policy and law, which implies that firms can get away by engaging in such conducts.

The market forces that have resulted in fierce competition in some sectors can erode profits for firms such that they would see benefits in engaging in anticompetitive practices.

It is important that a competition culture is nurtured through the combined intervention of the policy direction and law.

Competition is a fundamental tenet of well-functioning markets and encourages companies to provide consumers with the products and services that they want.

It results in lowering prices for goods and services, better service quality, wider choices for consumers, stimulation of innovation and more importantly, efficiency in allocation of resources.

However, competition does not often come naturally. Tools are needed to force economic agents to behave in a competitive manner, which is the reason why competition regimes are introduced.

The objective of a functional competition regime is to promote competition, and contribute towards increased efficiency and curb anti-competitive practices in the market.

Anti-competitive practices have negative effects on both consumers and producers. Certainly, a well-enforced competition regime reduces uncertainty for businesses and is an important element of promoting private sector development.’

Competition laws also bestow the advocacy function on the competition authority for promotion of competition culture through lobbying government for pro-competition reforms.

In competitive environments, firms are pushed to be innovative and find better and more efficient ways to produce and distribute goods and services.

Businesses tend to benefit from a well-enforced competition law, for instance, through cheaper (not overpriced) inputs and indirectly from an enabling business environment.

Competition regime and consumer protection issues reinforce each other.

They aim to ensure wider consumer choice in the markets for goods and services, through innovation and efficient resource use by players in the market to promote economic welfare.

Further, it endeavours to stimulate effective price competition between suppliers, and deter anti-competitive behaviour. This helps consumers get real value for their money.

If passed and implemented effectively, empirical evidence and country experience suggests that an effective competition regime can promote private sector development, economic growth and poverty reduction in both developing and least developed countries.

More than 70% of African countries are with competition laws.

Ghana is yet to have a functional competition policy and law.

The closest we have come is the Protection Against Unfair Competition Act, 2000 (Act 589).Under Act 589, commercial behaviour such as causing confusion with respect to another person’s enterprise or its activities, damaging another person’s goodwill or reputation and misleading the public, were outlawed.

The Act 589 does not address the full dimension of competition law.

The end product would be high prices for consumers.
A competition law is needed, as a matter of urgency.

The writer is the Country Coordinator for CUTS International Ghana. CUTS Ghana is a research and advocacy public policy think tank which works in the areas of consumer protection and education, economic regulation, trade and development, regional integration, competition policy and law, etc.

Email: This email address is being protected from spambots. You need JavaScript enabled to view it., Website:http://www.cuts-international.org/ARC/accra