AfCFTA must offer equal opportunities for all - trade expert 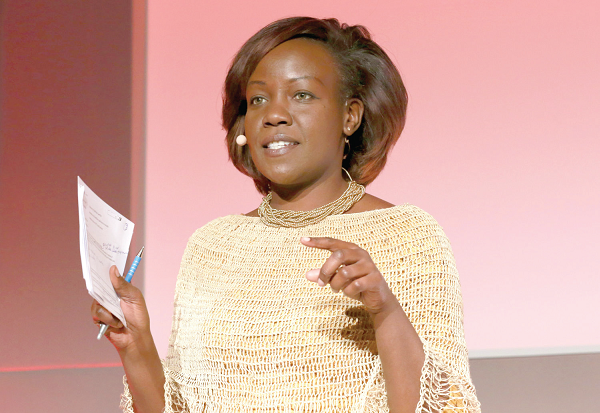 A trade expert has said the African Continental Free Trade Agreement (AfCFTA) must open equal opportunities for men and different groups of women to be able to achieve the expected economic growth on the continent.

The Chief of Sustainable and Inclusive Value Chain Section of the International Trade Centre (ITC), Ms Vanessa Erogbogbo, said AfCFTA as a strategic framework for delivering on Africa’s goal for inclusive and sustainable development, had to bring real, concrete opportunities for all groups of women- from cocoa farmers to technology entrepreneurs, and from fashion designers to informal traders, among others.

She stated this during a webinar on the occasion of the International Women’s Day (IWD), which fell on March 8, 2021.

On the theme, “AfCFTA- Unlocking Market Opportunities for Women to Trade”, it was organised by the ITC She Trades Commonwealth and the Ghana Export Promotion Authority (GEPA).

She noted that AfCFTA was a milestone in the quest for African economic integration and an important tool to drive the post-pandemic economic recovery, and also address the structural issues behind unemployment and underemployment of the youth and women.

Ms Erogbogbo said women-owned businesses had been particularly affected by the trade disruption and social impact of COVID-19, and referred to an ITC survey that showed that about two thirds of women-led firms had seen their business operations being strongly affected by the crisis compared with just about half of the companies led by men.

“The Director, Marketing and Promotions at GEPA, Mrs Agnes Gifty Adjei-Sam, who spoke on behalf of the Chief Executive Officer (CEO) of GEPA, Dr Afua Asabea Asare, said over 300 women-led businesses had been supported through the She Trades Commonwealth project.

Through She Trades, ITC and its partners have given an assurance of their commitment to connect three million women to markets by the end of 2021.

The aim is to enhance the competitiveness of women-owned businesses and to support them to unlock market opportunities offered by the AfCFTA.

Subsequently, since 2018, the She Trades Commonwealth project has trained almost 550, women-owned businesses in Ghana and generated almost US$4 million of sales creating 580 new jobs, with almost 400 of these being for women.

In addition, through the She Trades ITC project being funded by GIZ, it is working with 50 African women business associations, representing one million women to identify and advocate for women’s priorities to be incorporated in the implementation of the AfCFTA.

Meanwhile, key findings from She Trades Outlook, an innovative policy tool that allows governments and other stakeholders to assess and improve the policy ecosystem for women in trade, has revealed that countries tend to score higher in legal and regulatory framework pillar and score lower in trade policy pillar.

They also tend to do better in setting laws that implement programmes.

A total of 16 institutions were interviewed in Ghana in 2019 under the Outlook which has 80 per cent new data collected through an institutional survey complemented with existing data, comprises six policy dimensions and 83 indicators that are comparable across countries, regions and economic groupings. The tool does not provide ranking of countries performance.

According to the Programme Management Officer, Policy and Data Lead at ITC She Trades Initiative, Dr Judith Fessehaie, Ghana was found to be doing well in integrating trade and gender concerns into policies / plans.

“Ghana is doing well in using gender relevant indicators, as well as in providing support to women in terms of access to finance and business skills,” she said.

However, the Outlook found that Ghana could be doing better in areas such as improving enrolment of women in technical and vocational programmes and increasing women entrepreneurs’ access to public procurement, among others.

“The latter is particularly important as many micro, small and medium enterprises are trying to move towards domestic markets amid the COVID-19 crisis,” Dr Fessehaie said.