BY: Emmanuel Bonney
Category: Gender
Dr Jones Adu-Gyamfi, Senior Lecturer at the Department of Social Work, University of Ghana, making a presentation at the celebration of the Day of Scientific Renaissance of Africa. Picture: Maxwell Ocloo
30.5k Shares

A Senior Lecturer at the Department of Social Work of the University of Ghana, Dr Jones Adu-Gyamfi, has called for a relook at the country's child panel system to make it more effective to deal with issues involving children.

For instance, Dr Adu-Gyamfi suggested that there could be a change in the focus of child panels into a volunteering system where people could offer their services based on the interest for free to address minor issues, unlike the current system where the members are appointed and supposed to be paid.

Under such an arrangement, he said, there could be child panels with composition of between three to five members at the district level and in towns in view of the interest that would be shown by people. The current composition is seven members.

He was speaking to the Daily Graphic on the sidelines of the Celebration of Day of Scientific Renaissance of Africa at the University of Ghana, Legon.

The event, which was organised by the Department of Social Work, was on the theme: Bridging the Gap Between Academia and Social Work." 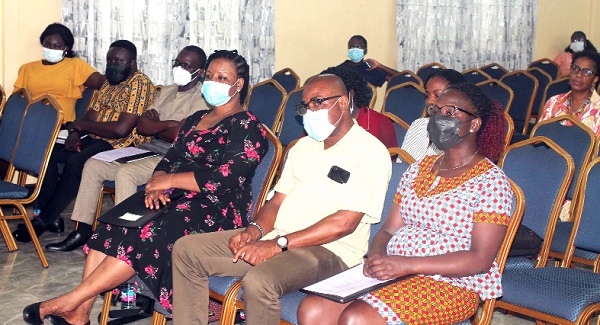 In a presentation on “Ghana Child Panels: Effective Juvenile Justice System or Superfluous Creation”, Prof. Adu-Gyamfi called for an amendment to the remit and composition of the child panel.

According to him, there should be no more child panel involvement in civil matters.

Moreover, he indicated that there should be an amendment of the Juvenile Justice Act for the juvenile court to deal with serious offences while child panel deals with minor offences.

He noted that there were other issues such as structural challenges and role duplication as well as competition with other services involved in child protection including DOVVSU and Juvenile Court.

“The juvenile court has original jurisdiction for juvenile offences and may divert minor cases to the child panel."

The Head of the Department of Social Work, Dr Augustina Naami, said the department intended to engage social work practitioners by sharing research undertaken by faculty as a means of bridging the gap between academia and social work practice.

The Provost of the College of Humanities, University of Ghana, Prof. Dan Ofori, said a lot of good scientific activities were being done on the African continent, hence the commemoration of the day of a scientific renaissance.

For his part, the Dean of the School of Social Work, Prof. George Owusu, said such an initiative would challenge faculty to do more in terms of showcasing the different research it would undertake.

In a presentation of “Experiences of Unaccompanied Child Migrant Workers from West African Countries Living in Ghana,” the Director of the Centre for Ageing Studies at the University of Ghana, Prof. Mavis Darko-Gyeke, said child migration “is exploitative and deprives children of their human rights, access to health care and education”.

In another presentation, Dr Kingsley Saa-Touh Mort of the Department of Social Work said the department intended to build professional capacity among faculty, students, and social work practitioners in Ghana to work with vulnerable populations, low-income families, and underserved communities.