Our midfielder did not ask Efia Odo for Momo - Hearts 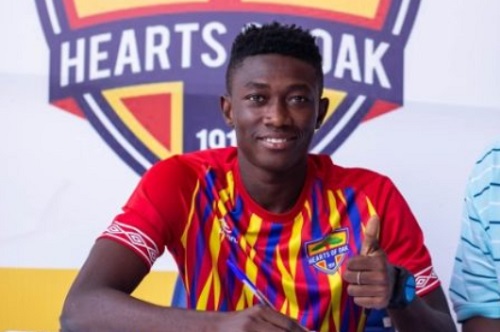 Efia Odo (real name Andrea Owusu) like she had done previously, took to her Twitter handle on Wednesday to announce that she would be sending some money to 10 of her followers who commented with their mobile money numbers under her post.

The Twitter account of Hearts' Abdul Manaf Umar was among the hundreds to reply with a mobile number.  Within minutes, some eagle-eyed Twitter users caught-up with the development which has now gone viral on some sports blogs.

The Ghana Premier League has been suspended as a result of the COVID-19 pandemic and many clubs are feeling the pinch financially.

Hearts on April 27 said the club had not determined a salary cut for its players, adding that "Any decision will be done internally and professionally with our players".