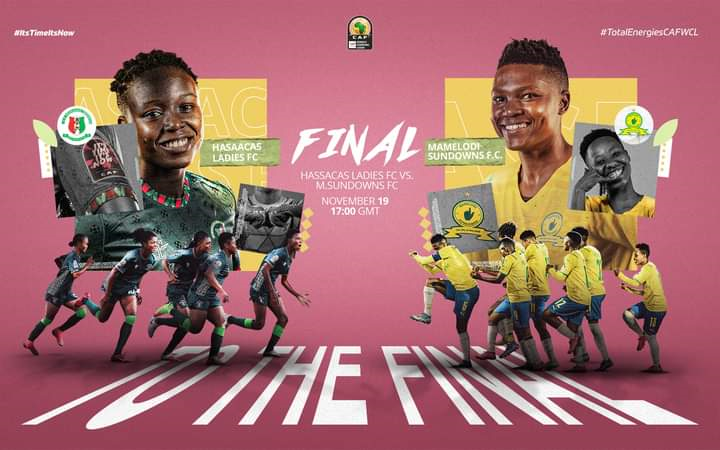 The Chief Executive Officer of Mamelodi Sundowns Ladies, Tlhopie Motsepe has promised to give each player 200,000 Rands about $14,000 if they beat Ghana’s Sekondi Hasaacas Ladies in the final of the CAF Women Champions League in Cairo on Friday.

Tlhopie, the firstborn of the President of the Confederation of African Football (CAF), Patrice Motsepe, made the promise as the team prepare for the final crunch game.

“This is a promise I have made and now it’s upon the ladies to win the title.

“We have the best defence and good coach, what is needed is just to score as many goals as possible and that’s why I believe we shall carry the day,” Tlhopie said.

The promise, many people believe is to motivate the Brazilians as Mamelodi Sundowns are nicknamed, to beat Hasaacas to avert another South Africa loss to Ghana, coming almost in the heels of Ghana’s Black Stars beating Bafana Bafana in a World Cup qualifier and which has generated some tension.

The South Africa Football Association (SAFA) has petitioned football’s world governing body, FIFA, over the 0-1 loss and asking for a replay, making a series of allegations, among them unfair officiating.

The final showdown pits a free-scoring Hasaacas Ladies side against arguably, the best defensive Mamelodi Sundowns side at the competition.

Hasaacas Ladies who qualified as Group A winners, have scored 10 goals and conceded four in the four matches played, while Sundowns, winners in Group B, are yet to concede in regular time, having scored two goals in their campaign. The only time they conceded were during the penalty shoot outs against Malabo Kings in the semi-finals.

CAF, the organisers of the CAF Women's Champions League has not made known the prize money for the competition intended to further develop and promote the women's game on the continent.