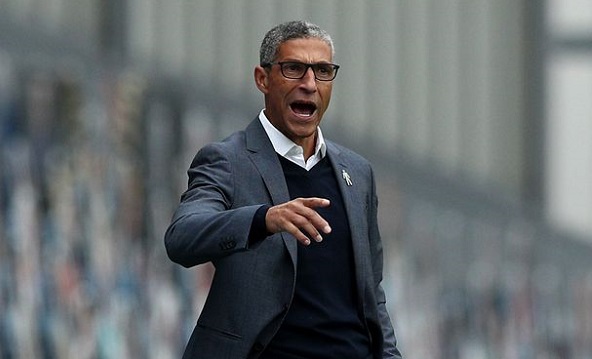 Hughton was the technical advisor to the team during the tenure of Otto Addo and Dr Nyaho-Tamakloe believes that the former Tottenham Hotspur manager is the only one with the credentials to catapult the team to a desirable level following Otto Addo's exit.

Speaking to Graphic Sports in an interview last Friday, the former FA boss said he doubted the competence of the 47-year-old Borussia Dortmund scout and raised the alarm when he was appointed, but his advice fell on deaf ears.

''When the committee came up with Chris Hughton, Otto Addo and the rest, I said Otto was not really a coach and if he was a coach at all, he didn’t have enough experience.

''So I suggested that in the interim we should go for Prosper Narteh Ogum, then later bring in Chris Hughton because Otto Addo could not handle the Black Stars, but people thought I was joking. You see the ending now?” he quizzed.

He was disappointed in Otto's tenure, including his failure to attend meetings with the FA since his appointment because he was always stationed outside the country and wondered how a national team coach would be able to handle the team when he was not living in the country.

''I think Chris Hughton will be the right person because of his background. He has the African background; second he is a coach with experience and also has had the opportunity to know these boys,” he noted.

Dr Nyaho-Tamakloe also called on the FA to ensure that if Hughton was given the job, he should relocate to Ghana and build his own Black Stars around local players and also train attackers for the team.

''If Chris Hughton is given the job, then he should come and stay in Ghana and form his local Black Stars to ensure that the nucleus of the team should come from them. He should be able to create and also train strikers for the Black Stars,'' he stated.

He also challenged the government to reconsider its investment in the national team by investing heavily to help football grow in the country because the piecemeal approach was not helping football development.