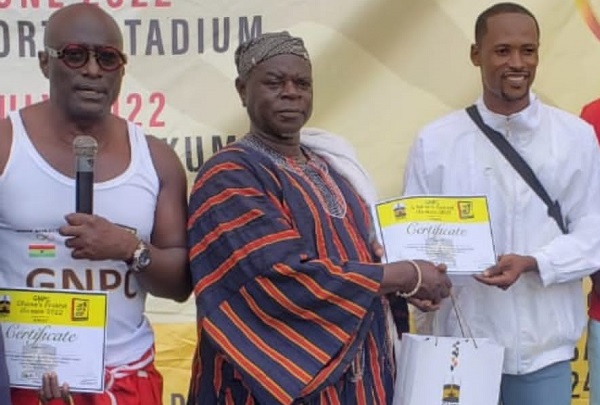 The new champion emerged from a large number of athletes drawn from the Oti, Bono, Upper East, Upper West and Northern regions to compete for the enviable crown.

That victory earned Gafaru the ticket to participate in the grand finale of the national talent hunt later in the year.

Running in an electrifying atmosphere at the Aliu Mahama stadium in Tamale, Gafaru showed class to outsprint his competitors. Iddris Mohammed of the Prisons Service came second with a time of 11.42secs, while Eric Annabil of the University of Development Studies (UDS) grabbed the third position with a time of 11.08secs.

The competition was equally intensive in the female category which saw UDS students dominating as Felicia Awud outpaced Grace Aduntira with a time of 12.48secs. Aduntira was timed 12.68secs ahead of Alhare Abusare, who clocked 12.79secs.

In the other categories, Alhassan Abdulai won the boys under-18 sprint with a time of 11.12secs, followed by Abdul Rauf Abubakari with 11.22secs and Alhassan Mahami in a time of 11.34secs.

The ladies’ category was won by Amina Ntawa Yakubu with 14.26secs, followed by Esther Nyamde and Sarah Bukari in that order with 14.48 secs and 14.82secs.

The boys’ Under-15 event saw Moses Mbila winning with a time of 11.54secs. Abdul Wakilu Adams finished second with a time of 12.33secs, followed by Abdul Basit Seidu in 12.66secs.

In the ladies’ division, Tracy Naab won in 14.07secs, followed by Zuleiha Abdul Karim in 14.28secs and Fuseina Iddri Wunidow with 14.36 secs.