FEATURE: What does the future hold for Black Bombers?

Boxing once again proved to be the nation’s surest bet at the just-ended Commonwealth Games by winning three medals for Ghana.

It was expected that boxing would not return to Ghana empty-handed, considering the sport’s dominance for Ghana at the Commonwealth Games and other international competitions.

The nine fighters who represented Team Ghana at the Games could have won more medals than they did if the nation had invested in a residential camping for the team ahead of the Birmingham trip.

However, the future looks bright for these set of fighters if only the country will take a decision to really prepare them adequately for next year’s African Games to be hosted on home soil.

Ghana will definitely rely on boxing to deliver more medals when the continent’s biggest multi-sport competition takes its turn in Accra next year.

The question remains whether some of the fighters who represented the country in Birmingham deserve another chance in the African Games.
The Graphic Sports looks at some of the boxers who could exit the national amateur team for next year’s Games to make way for others to fill the gap.

Commey was a revelation at his maiden international competition for Ghana with splendid performances which nearly won him gold but for ill-health.

The 18-year-old Black Panthers Boxing Gym boxer is a prospect for the future and must be nurtured to reach his full potential.

Winning silver on his international debut at the Commonwealth Games is a step in his young career and the future can only be bright for him.

He will be one of the fighters to look out for at the African Games and the country has a role to play to get him to win gold for Ghana. 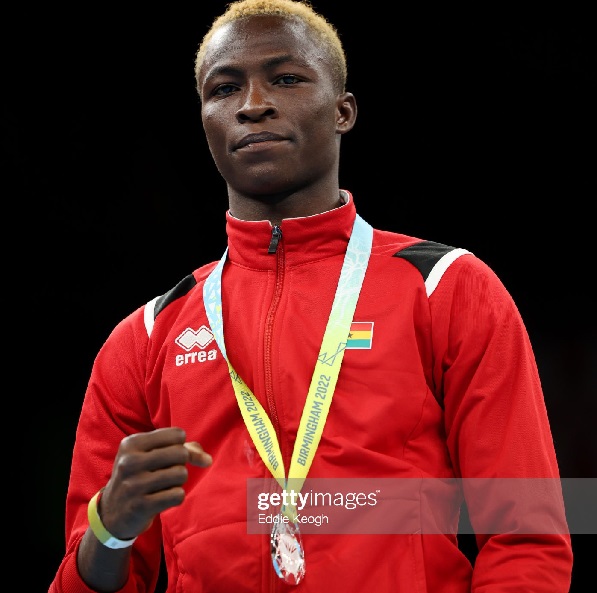 The Olympian’s career could be ending following the doping scandal that denied him participation at the Games.

Samed was found to have taken a banned substance after a routine testing at the Games and was banned from participating.

The blemish of being a drug cheat could certainly hand his career a devastating blow in subsequent tournaments, making it difficult for him to be considered into the national team.

At 23, it is unclear what next Samed will decide with regard to his career, but being in the next team for the African Games might not be an option.

Addo’s inclusion in the team for the Games raised a lot of eyebrows within the boxing fraternity but he failed to make his presence felt by losing his opening fight.

The Akotoku Academy boxer was preferred to Theophilus Allotey due to his rich experience on the international stage, despite his rival standing tall at the Individual Championship last March.

Allotey had won gold at flyweight during the Individual Championship which was used in selecting boxers for the Games.
However, Addo’s abysmal performance could mark the end of his stay in the Bombers team to create an avenue for others to make the squad.

Another silver medalist in Birmingham, Mensah, showed class to finish second in the bantamweight division but his output showed much brightness for the future.

Mensah, 19, started the Commonwealth Games campaign at the quarterfinal stage after drawing a bye in the Round of 32 and 16 stages respectively.

Despite losing the final to Northern Ireland’s Dylan James Eagleson, the Seconds Out Boxing Gym’s boxer of potential to reach far in the sport.

Together with Commey, Team Ghana could already be said to be medalists at the African Games, with a good preparations. 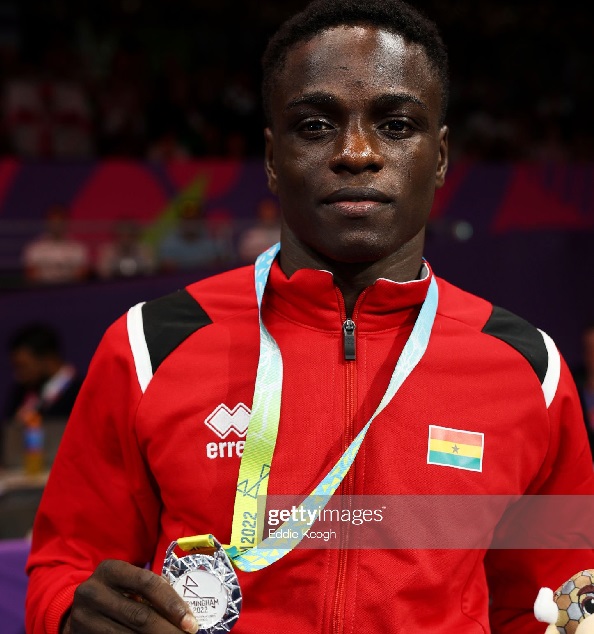 Coming from one of Ghana’s finest gyms, Akotoku Academy’s Alfred Kotey was a surprise inclusion in the Commonwealth Games team after failing to take part in the Individual Championship that qualified boxers into the national team.

Kotey’s debut appearance at the international stage was not a motivating one. He will have to work harder to prove himself for next year’s continental games.

Born to a Congolese father and a Ghanaian mother, Ornella Sathoud lost at the Round of 32 stage of the women’s middleweight contest.

Despite climbing the educational ladder with a PhD in Analytical Chemistry from the University of Delaware, the female boxer is keen on winning something for Ghana before calling it quits.

The African Games could provide that opportunity after his poor outing in Birmingham, but the US-based boxer has a lot to learn to be able to win laurels for the country.

Having had two appearances at the Commonwealth Games and an appearance at the African Games in Morocco, the time would be ripe for Ornella to win a medal for Ghana if she makes the team for African Games.

Being a medal hopeful ahead of the Games, Omar lived up to expectations by winning bronze for the country.

The feat made it two bronze medals at the Commonwealth Games in three attempts after his achievement from the tournament in the 2014 edition in Glasgow, Scotland.

Omar remains the most exposed fighter in the Black Bombers team currently and will be instrumental in Ghana’s bid to win a medal next year if he decides to continue with his amateur career.

A bronze medalist at the last Commonwealth Games in Gold Coast, Australia, Lartey was one of the boxers tipped to win a medal for the country.

He, however, failed to live up to expectations after struggling in his weight category at the Games.

Lartey said he had complained to Ghanaian officials about his struggles at light middleweight but nothing was done about it.

The coming months will be crucial in deciding his fate, but it is obvious Lartey can secure a place in Ghana’s team for the African Games.

Quartey was the captain of the Black Bombers in Birmingham but he surprisingly exited the competition at the Round of 32 stage.

Making his second Commonwealth Games appearance, the Wisdom Boxing Club product was disappointed at not impressing in Birmingham and looks set for the future.

Making it into the African Games team must be earned, but his presence gives the nation another opportunity to win a medal.