Fatawu Issahaku named among teenagers to watch at World Cup 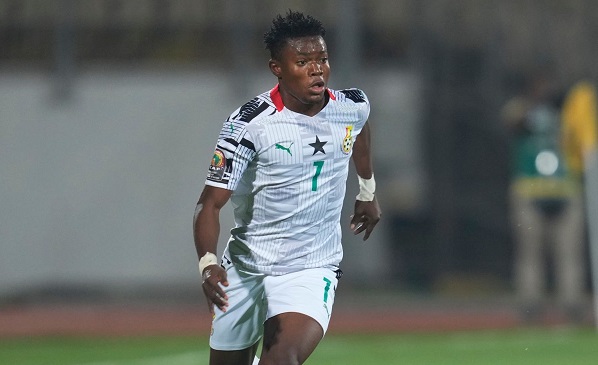 Ghana’s Abdul Fatawu Issahaku, has been named among a list of 10 young players the world must watch out for at the World Cup in Qatar.

The 18-year-old striker who was named in the 26-man squad by Coach Otto Addo is among three Africa starlets that are likely to turn heads with their performance at the Mundial.

The other two Africa starlets are Manchester United's Hannibal Mejbri who will be representing Tunisia and Belgium-born Moroccan, Bilal El Khannouss.

Issahaku has appeared on the radar of several English Premier League clubs including Manchester United having enjoyed a successful season with Sporting Lisbon.

In order to ward off potential suitors the Portuguese side that signed the teenage on a five-year contract this summer place a release clause of £52million on his contract.

Issahaku will have to work hard in order to catch the eyes of coach Addo for a starting role at the world cup as he has other top players to battle the spot with including Inaki Williams, Kamaldeen Sulemana and Mohammed Kudus.


Others who were named alongside the former Steadfast player are Jude Bellingham of England, Garang Kuol of Australia, Zeno Debast of Belgium, Costa Rica’s Jewison Bennette, Youssouffa Moukoko of Germany, Antonio Silva of Portugal, and Yunus Musah of USA