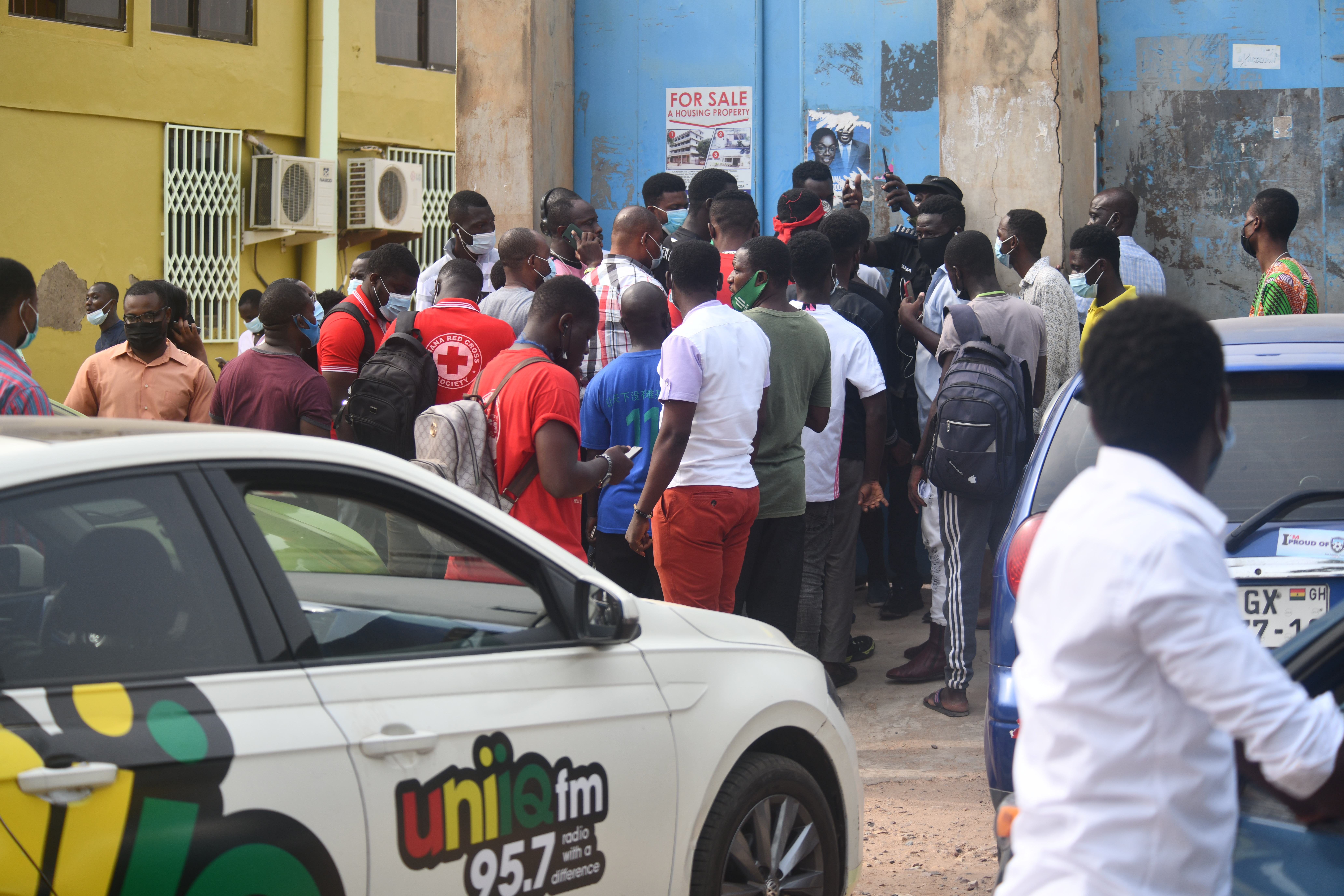 Some of the Sports journalists stranded at the entrance of the Carl Reindolf stadium during the match between city rivals, Liberty Professionals and Accra Hearts of Oak.
30.5k Shares

JOURNALISTS who thronged the Carl Reindorf Park at Dansoman to cover the Premier League clash between Liberty Professionals and Hearts of Oak on Wednesday February 24 were denied entry and left stranded outside the stadium following the refusal of the home side to grant the media access.

As early as 2:30 p.m., many journalists and media houses, including the Daily Graphic, had converged on the main entrance of the stadium hoping to gain access into the venue to perform their job, but to their surprise the gates were firmly locked without any official available to facilitate entry.

By 3 p.m. when the match kicked off, the situation remained unchanged as the journalists were left frustrated unable to do their work, with some banging on the gate in a desperate bid to attract the attention of the Liberty officials in charge of the media and the security personnel at the gate.

Several minutes into the match, with no hope of gaining entry, the journalists started leaving for their media houses in disappointment.
Following new COVID-19 restrictions, league matches are to be played behind closed doors but restricted number of media persons, aside the Official Broadcast Partner (StarTimes), are allowed by the Ghana Football Association (GFA) and the home side to cover matches as part of modalities by the FA for playing matches behind closed doors.