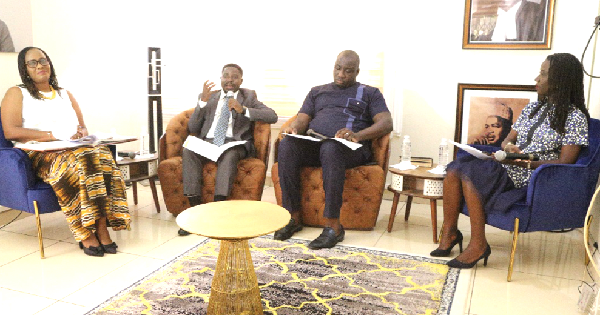 The Executive Director of the Danquah Institute, Dr Antoinette Tsiboe-Darko, has said that nation-building is a shared responsibility and must not be left to only the political leadership.

She said leaders only provided direction to champion development based on their ideologies, but that these aspirations required the efforts of all citizens to bring them into social reality.

Dr Tsiboe-Darko made the remarks at a lecture series organised by the Danquah Institute on Founders’ Day in Accra.

The Danquah Institute, a New Patriotic Party think tank, brought together students, academics, and members of the public to the lecture on the significance of the Founder’s Day, deliberate on some political and socio-economic issues and how to scale them.

The lecture was dubbed: “The independence struggle: Our heroes and the fight for democracy”.

Dr Tsiboe-Darko noted that the struggle for independence and its attainment was not through the sole sweat and effort of Osagyefo Dr Kwame Nkrumah — Ghana's first President — or the Big Six.

She argued that many others — including chiefs, ex-servicemen, the youth and women — played different roles in the struggle to achieve the objective.

She challenged the youth to always identify with a political ideology which, she emphasised, would shape their development aspirations.

A fellow of the Danquah Institute and lecturer at the University of Cape Coast, Dr Hayford Ayerakwa, said there was a light at the end of the tunnel if deliberate policies were employed to revive the agricultural sector, saying the sector still had a huge potential to propel Ghana’s economy.

He added that there should be a synergy to align policies such as the Planting for Food and Jobs programme, One-district, One-factory and academia.

A law academic, Dr Kwaku Agyemang-Budu of the Ghana Institute of Management and Public Administration, traced the constitutional evolution from the pre-independence era to date, and how the vision of Ghana's founders had contributed to democracy in the country.

He said, by and large, the various Constitutions of the country had served a number of purposes in deepening Ghana's democracy.

Dr Agyeman-Budu, however, noted that the 1992 Constitution, the longest survivor in the country’s history, had some flaws that ought to be relooked at to make it stand the test of time.