Abronye in court for publication of false news 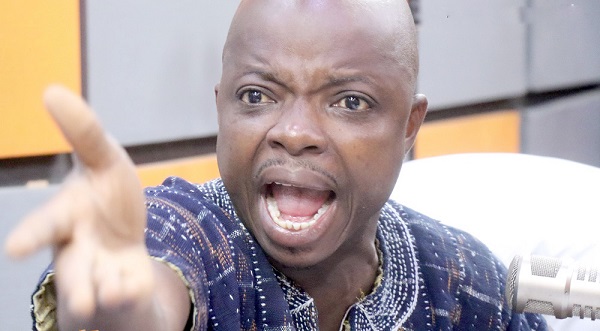 The police have formally charged the Bono Regional Chairman of the New Patriotic Party (NPP), Kwame Baffoe popularly known as Abronye DC, with two offences of publication of false news and offensive conduct conducive to breaches of the peace.

He has been detained at the Ministries police station and is to be arraigned today.

A statement issued in Accra Tuesday and signed by the Public Relations Officer of the Accra Regional Police Command, Deputy Superintendent of Police (DSP) Ms Juliana Obeng, said preliminary investigations by the police into the claims had established that his claims against the former President were untrue and likely to occasion a breach of the peace.

She urged the public to be circumspect in all their dealings including pronouncements since anyone who fell foul of the law would be taken through the due process of the law.

Baffoe is said to have made the allegation in an interview on an Accra-based radio station, Hot 93.9FM, during a political talk show, “Dwene Ho Bio.”

According to him, Mr Mahama was in contact with the group to help him undertake a coup to become President again.

The suspect was responding to issues leading to the arrest of convenor of the #FixTheCountry Movement, Oliver Barker-Vormawor, who had also made claims of staging a coup should the controversial E-Levy be passed by parliament.

The suspect yesterday honoured the invitation of the police to assist in investigations into allegations he made against former President John Dramani Mahama.

Although he was requested to report at the Accra Regional Police Command headquarters at 4 p.m., Mr Baffoe showed up at 2 p.m.

The invitation followed a publication in which he stated that former President John Mahama was allegedly planning to stage a coup to topple the government.