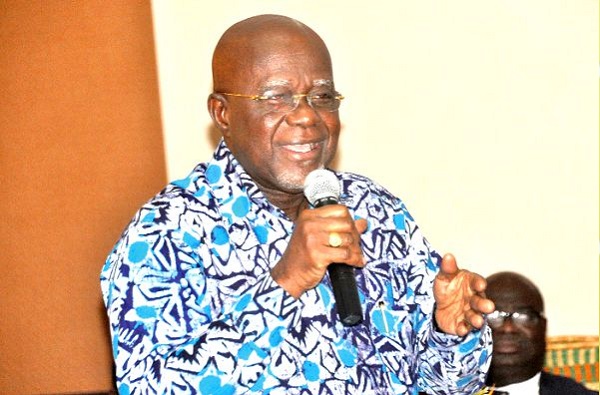 The Chairman of the National Council of Elders of the New Patriotic Party (NPP), Mr Hackman Owusu-Agyemang, has urged aspirants for various positions in the party to let the interest of the party prevail over their personal or individual interests.

Such an attitude, he said, would not only be beneficial to the party but the state as a whole.

He made the call in an interview with the Daily Graphic last Monday.

The NPP is scheduled to begin its internal elections from coming saturday to July 16, with the holding of polling stations, electoral area coordinators, constituency, regional and national executive elections and the National Annual Delegates Conference slated for July 14 -16, 2022.

Mr Owusu-Agyemang advised delegates to also elect servant-leaders who would serve not only the party’s interest but that of the nation.

He said elected officers should lead the people to create prosperity for the country.

“We must elect leaders who will create the Dubais we aspire to visit on holidays or to shop. Leadership is key in all these,” he said.

Mr Owusu-Agyemang was hopeful that the elected leaders would have the interest of the nation first.

He said the party had done a lot for the country and needed not to be derailed.

According to him, there were laws to deal with such tendencies hence no need to make any new legislations.

Mr Owusu-Agyemang said the passage of the bill would hurt the country to lose donor support.

“What if the President declines to sign the bill into law after its passage? Then you will see the Christian community come up in arms against the government and if he signs it into law, then donors will withdraw their support,” he stated.

He said since there were laws and regulations to deal with such tendencies or abuses, it was important that the country utilised those laws to address any abuses.