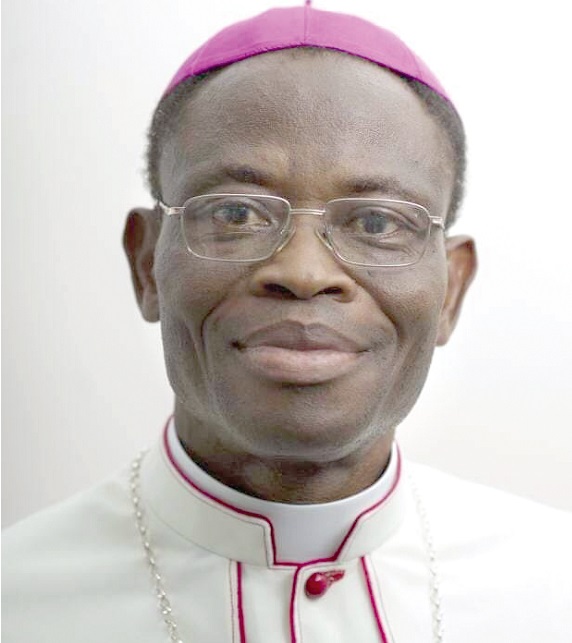 The Catholic Bishop of the Navrongo-Bolgatanga Diocese in the Upper East Region, Most Reverend Alfred Agyenta, has urged politicians to build bridges among the people and promote cohesion to drive the progress of the Ghanaian society.

“I entreat you to remain steadfast and work to uplift the dignity of the profession and be genuinely disturbed about the lives of the poor and vulnerable in society,” he stated.

He noted that genuine politics did not celebrate power and dominion over others, but it inspired a servant-style leadership that sought to put the needs of the people first in the administration of the nation.

Most Rev. Agyenta was delivering a sermon at the burial Mass for a former Member of Parliament for Navrongo Central, Mr Joseph Kofi Adda, in Navrongo in the Kassena Nankana District last Saturday.

Most Rev. Agyenta urged the public to disabuse their minds that politics was a dirty game.

“The truth of the matter is that politics is not a dirty game as has been widely accepted by people, but rather it is the actors who are dirty and have gone to the extent of making politics dirty too,” he stated.

According to him, it was the players who had tainted politics with their greed, selfishness, acrimony and violence, and had made people accept that the noble profession of politics was dirty.

“As a people, we have managed to turn politics into a money-making venture and enterprise, thereby giving it a bad name,” he stated.

Mr Adda, who passed on October 14, 2021, held ministerial portfolios over Aviation, Manpower Development and Employment, Energy and Water and Sanitation at different times in former President J. A. Kufuor’s era and in the first term of President Akufo-Addo’s administration.

Most Rev. Agyenta stated that politics by nature was a divinely ordained profession but unfortunately for many people, it was a disgusting field due to the mistakes, corruption and inefficiencies of some politicians.

“Politics is a lofty vocation, as well as one of the highest forms of charity inasmuch as it seeks to seek the common good of all”, stressing that

“this vision of politics is what defines the Christian politician and sets him or her apart”.

Most Rev. Agyenta indicated that politics was not about enriching oneself or amassing wealth, but it was about having a balanced attitude towards the material good of all persons, noting that “as political leaders, our pre-occupation is to make sure that no one is left behind in the distribution of the national resources”.